I made four kinds of pizza for chip night. Just look at the long tongue. That was one hot Nola. Imagine you have a $1 coin in your hand but it’s an invisible ring that you can stuff full of uncooked spaghetti….

Well you want that much.

Cook it, shred 2.5 inches of cabbage, slice lengthways an onion. Find a handful of crushed peanuts.

Have leftover, cooked beef on hand. Like pineapple beef. (Sauceless if possible)

Get a wok nice and hot and cook it all off in chicken booster or instant noodle sachets some other cook saved if you’re lacking in rooster boosts, curry powder, peanut oil and a dash of water if it’s too dry.

Went down a treat.

It may have been cos it’s wet outside and psychologically they just wanted chicken soup. I’m not sure.

One thing that has been good about coming to the station; increasing my experience bush butchering. Today I made Corning brine ready for some silverside and brisket. Parker and I are looking forward to one day Corning our own meat. It’s 7:00 and there’s 8kgs of beef freashly minced. Now to vac pac it and set it in the freezer.

Onto the Apple and date cake, French toast, beef and bacon, gravy tomatoes, tin spaghetti, poached egg (which I don’t like cooking actually) by 8:30 oh and untangle the dog. Our neighbours give Nola a very hard time. Such a tease. She really feels they ought to pay attention to her voice.

So I sat by them for a bit while she understood that they in actual fact don’t need her to bark at all. That everyone has a boundary to keep. And they are just neighbours.

On my way back to the kitchen I saw this:

Corellas on a truck 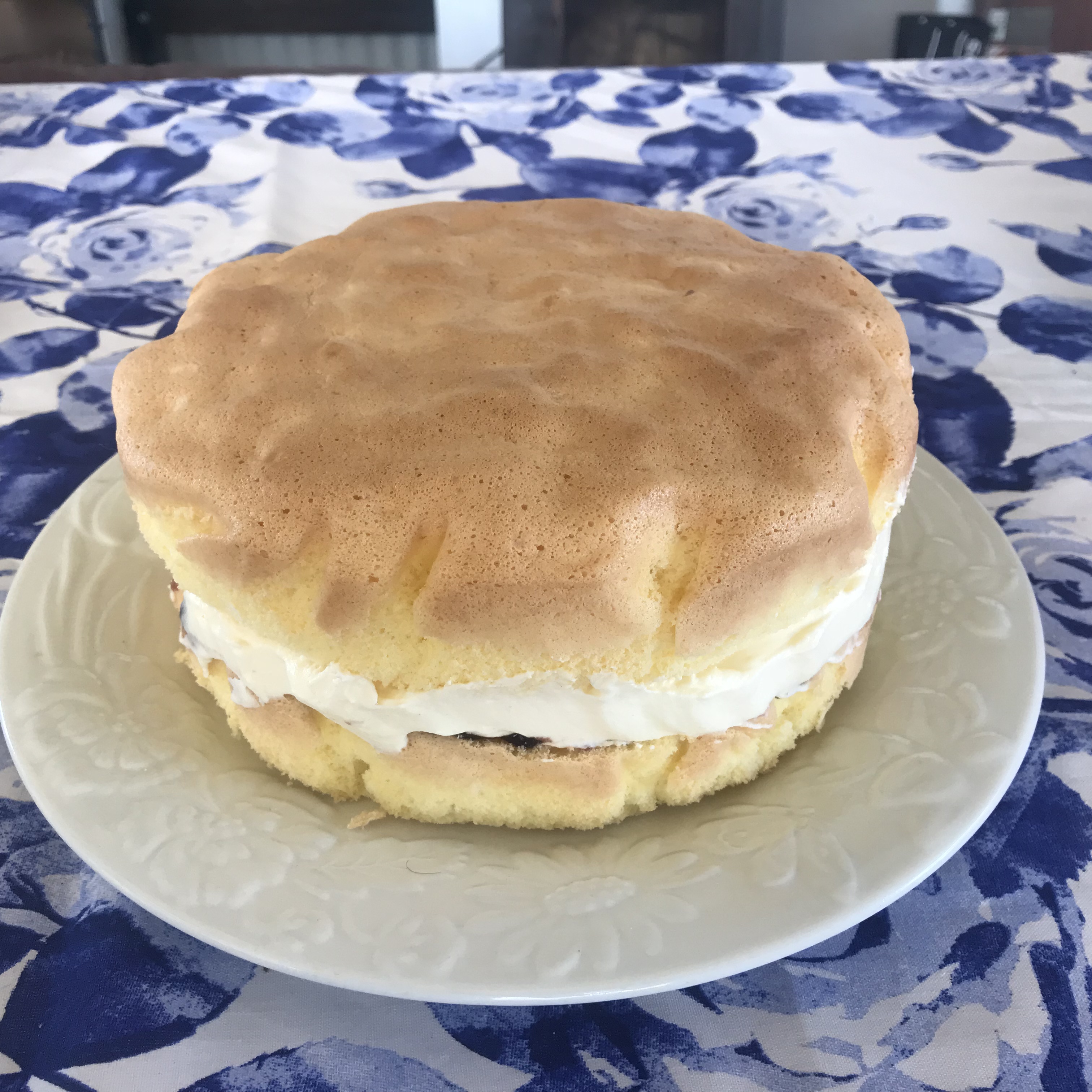 Social media is a very useful tool. I am part of a Facebook group Called “The Station Cooks Brains Trust”. And that is where I found this recipe. I followed it and I’m pleased to say this sponge is the best I’ve ever made.

It’s not the best I’ve eaten tho so I’m looking forward to developing… however, I think I’d like some electric beaters before I try again. 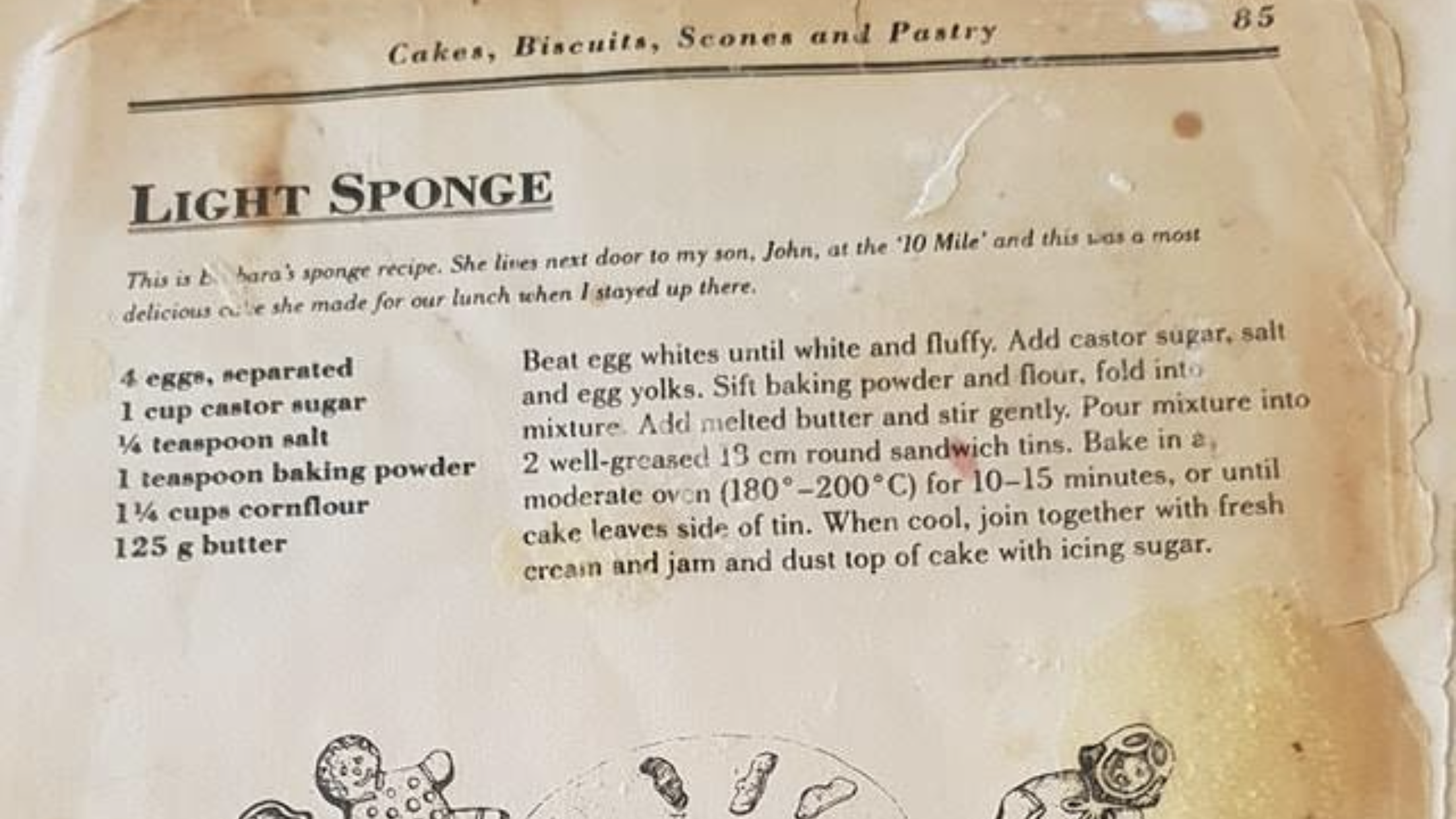 It’s now so long since I started composing this post, I no longer have the details of where the recipe was photographed. Sorry.

Life really has been busy. 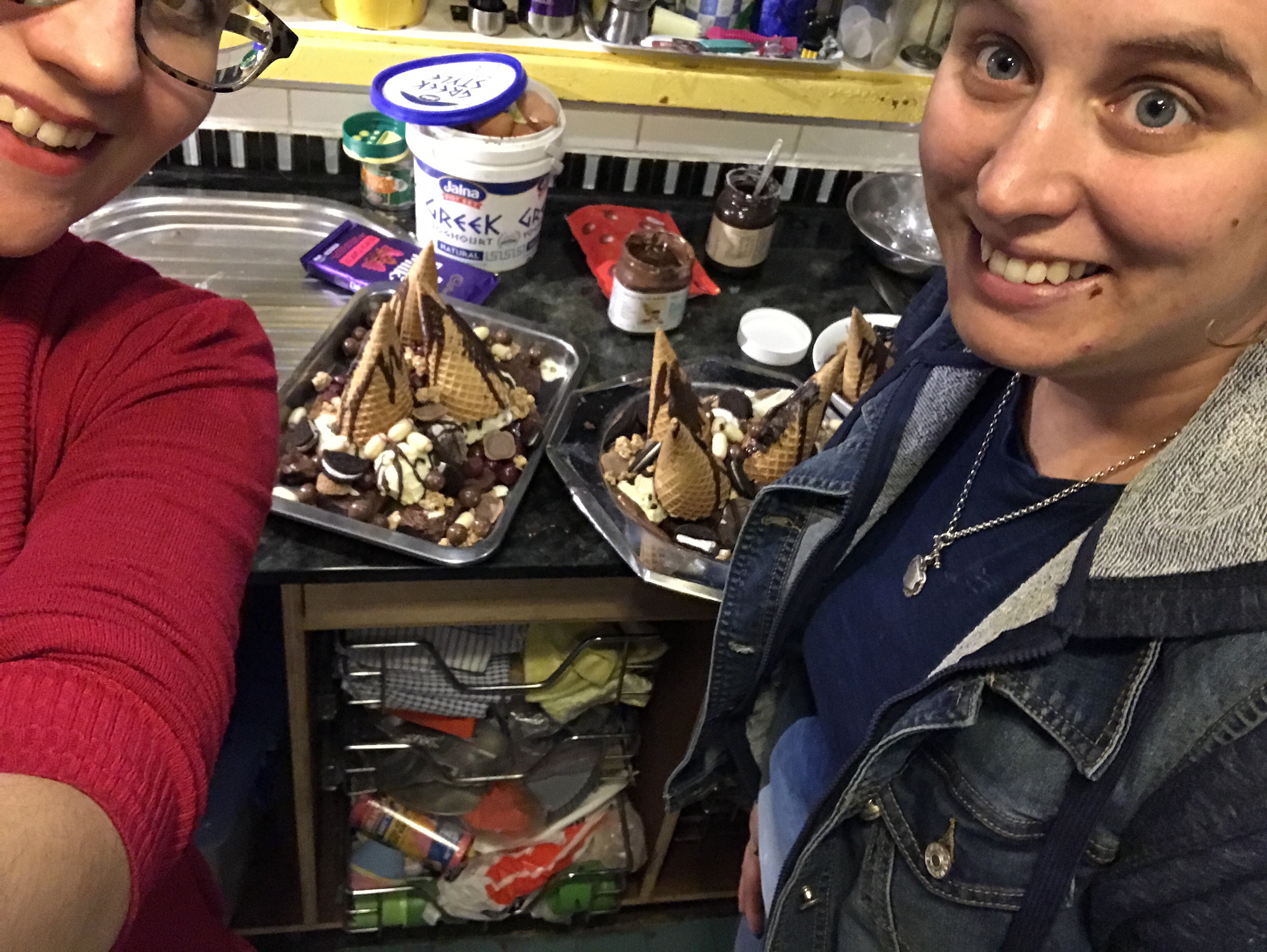 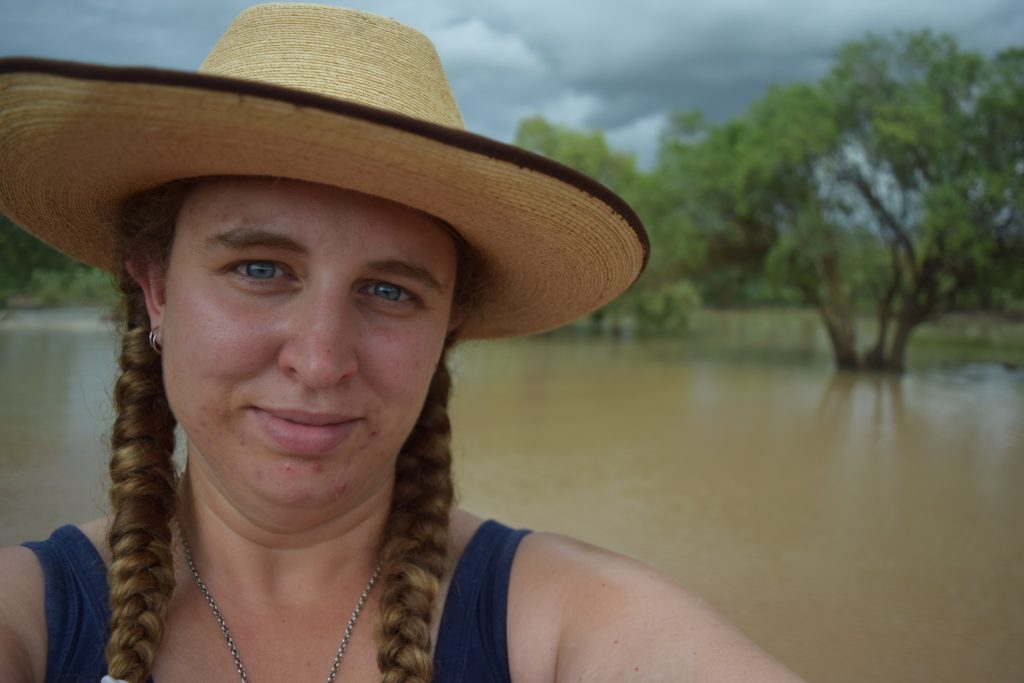 The Playford River is running over the road. 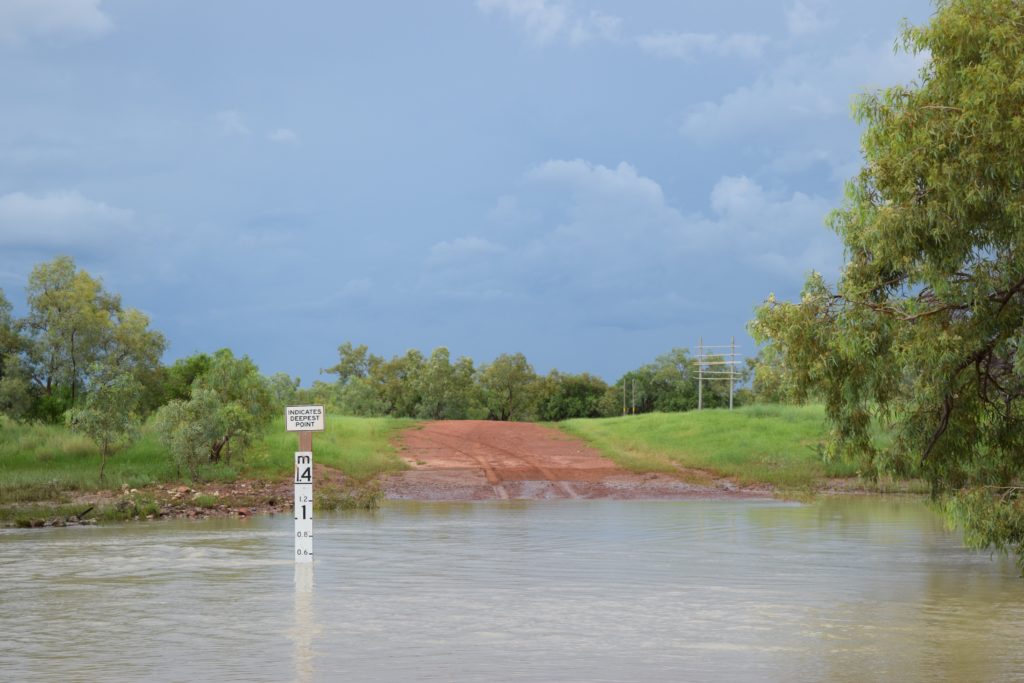 And so some afternoons we go down to swim in the river. Or sit or float in a truck inner tube… 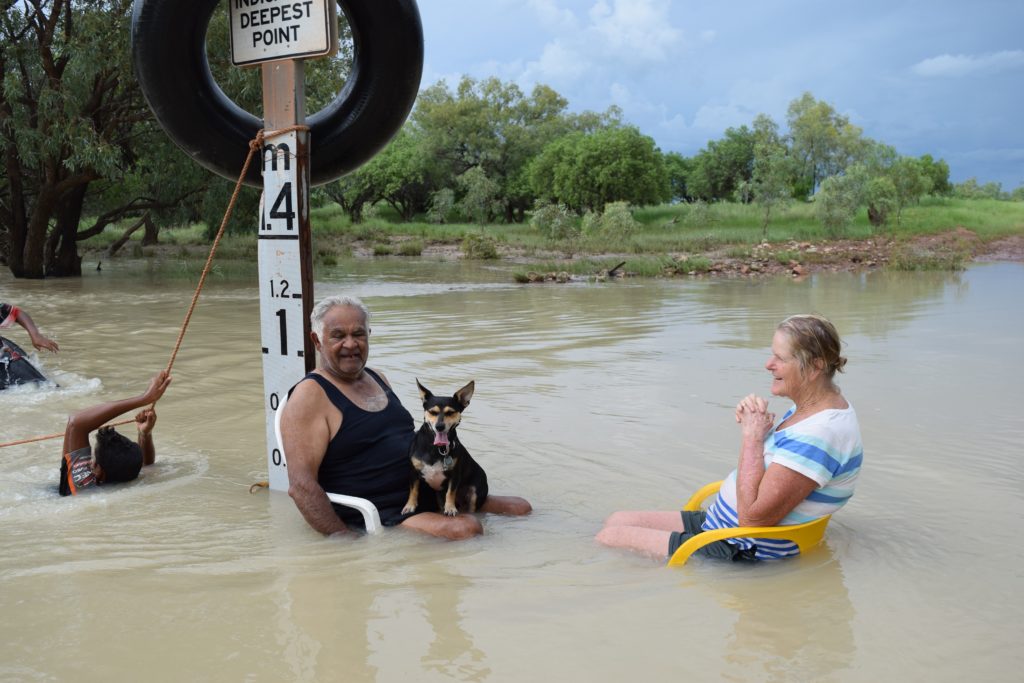 Kelsie is not so good at rivers. She is far too enthusiastic. Wont stay in the shallows where she can swim… no! has to be out with me where the current is strongest. And I end up having to hold a dog.

My story: we had a fair bit going on at the station. There were cattle to process, and an AI program to continue with. We were down to a handful of staff and suddenly found ourselves short alone critical afternoon. So the interim manager assigned the book keeper and the station cook to the care of the head stockman to get a simple job done of changing the ear tags on a specific group of cattle.

Now the book keeper grew up on a property, albeit a small one… so if you put here in a yard and say move these cattle there and those cattle here, she’s at least already thinking forward on how. The cook, however does not have that upbringing. So I followed on and tried best to be observant and helpful.

A cattle yard is an interesting place. Gates every which way. Pressure points and ever decreasing spaces for cattle to cope with.  So I have 200 cattle in one yard and we “push” some into the next and less into the one after that. We end up with 10 in a small octagonal yard that is all gates only and called the round yard, to direct the cattle as quietly as possible to the race and the cattle crush where we can replace the ear tags as required for this day.

So while it was bookie, head stockie and me, it might have been slow going. But I was able to keep the cattle coming up quietly. And they seemed happy enough.

But then we had a few other show up from the bore job. And holy moly. Those cattle were stirred up!  I ended up in that round yard with far too many cattle. They were moving about trying to gain relief from the pressure of bing too tightly confined with no where to go. As a result one cow kicked me in my hip. It felt like a softball coming at me from a div 1 player. Thump! She looked back at me… and I asked what did you do that for? Both of us said oh well and continued trying to keep things as quiet as possible when the others are stirring the pot way too much.

I had a bit of a go at the “processing” end. That’s a pretty fast paced game. High energy activity to swap tags and do any other jobs required. Not today, but things like branding and weighing happen there.

But I decided I much prefer to work the backyards. To quietly stand in a yard and try to determine where to apply a small amount of pressure to get enough cattle into the next yard without having them change their minds just at the gate and run back to where we started.

I had an absolute ball that afternoon. I still have a massive bruise, but being fat saved the day this time. I was really hot, really thirsty. Really tired, still required to do dinner but so happy. 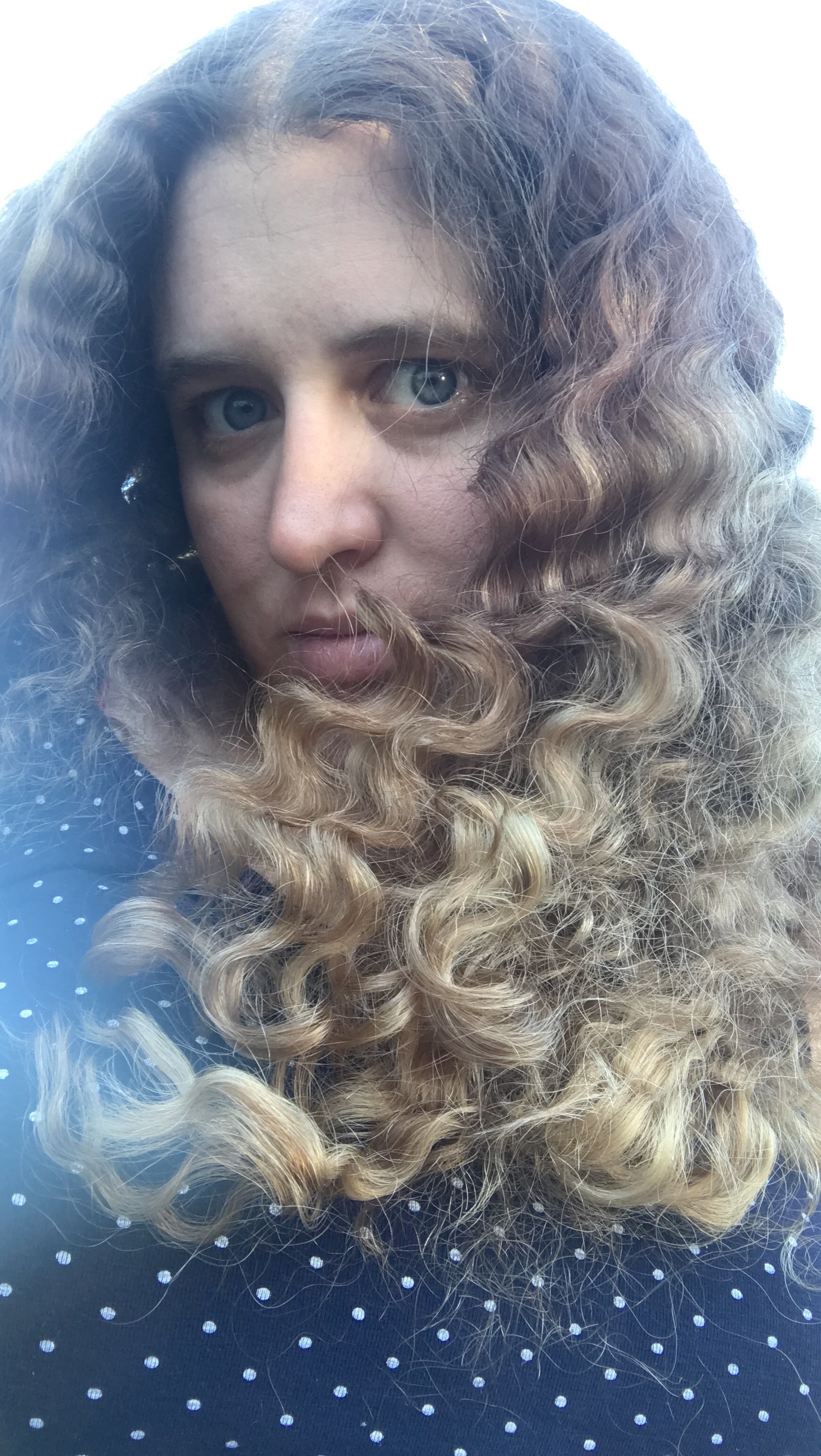 Ok so no pics from my adventure this day but here. Have a selfie. 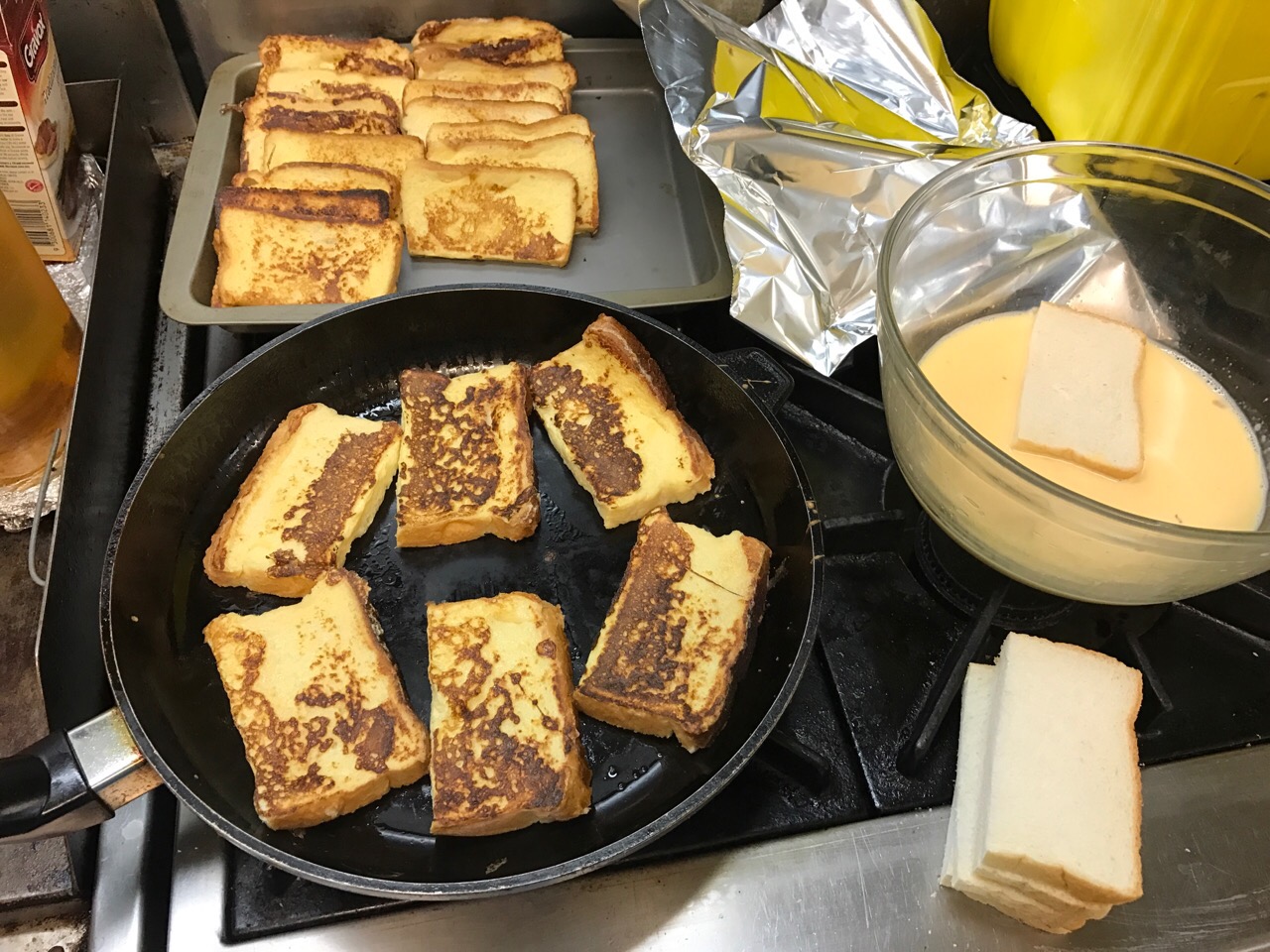 The bread went stale after a big function and the crew aren’t keen on dessert so French toast for smoko…. yummo

This is home. Well it’s actually work… my view from the kitchen.

That’s Lola. Poddies have taught me a lot about cattle. However nine is a lot to be responsible for.

Also this is Moses. He’s a stud fella.