So here I am standing on the edge of the “planner girl” world. It’s not an unfamiliar feeling for me really. I like to take the best from many worlds and go with it. So I like only the best of Country Music; I’m fussy. But that means I can still thoroughly enjoy a good round of Daft Punk or Wintergarten or Handle or Kimya Dawson. It means that I love Pretty Western Shirts but ones with elegant patterns, not such bold, crazy patterns. It means I still prefer my Blunnies over Ariat Boots. And I still don’t feel incline to wear copious amounts of make-up. I stand on the edge of a few different worlds in the hope of Staying very true to the person I am meant to be.

But here is my planner girl story: I have spent time looking at planners with some confusion and some wonder. Some of the Asian overseas students at school were big on them with lots of “Hello Kitty” type papers and do-dads inside. I’ve had some such thing before. However I have never been a diary or journal keeper.

Being a Station cook changed that. Blogging became a regular thing and sitting down on monday to map out my menu for the week was very important to stay on top of my job cooking for 20+ people. The habit is sticking so far. 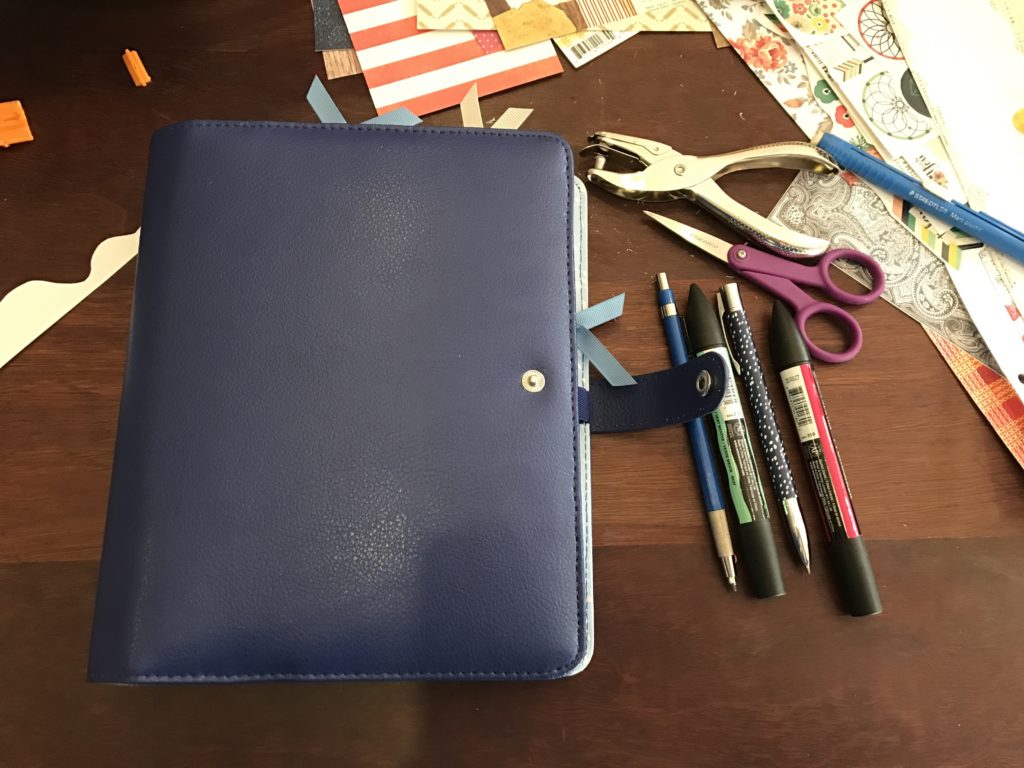 I had a trial one for 2 months before this while I discovered precisely what I liked. This one is leather and comes from Kikki-K. It is acting as both diary and journal and general place to play with cool bits and pieces that I find in the scrapbooking world that otherwise I would hardly use (my art just doesn’t involve much from that world). 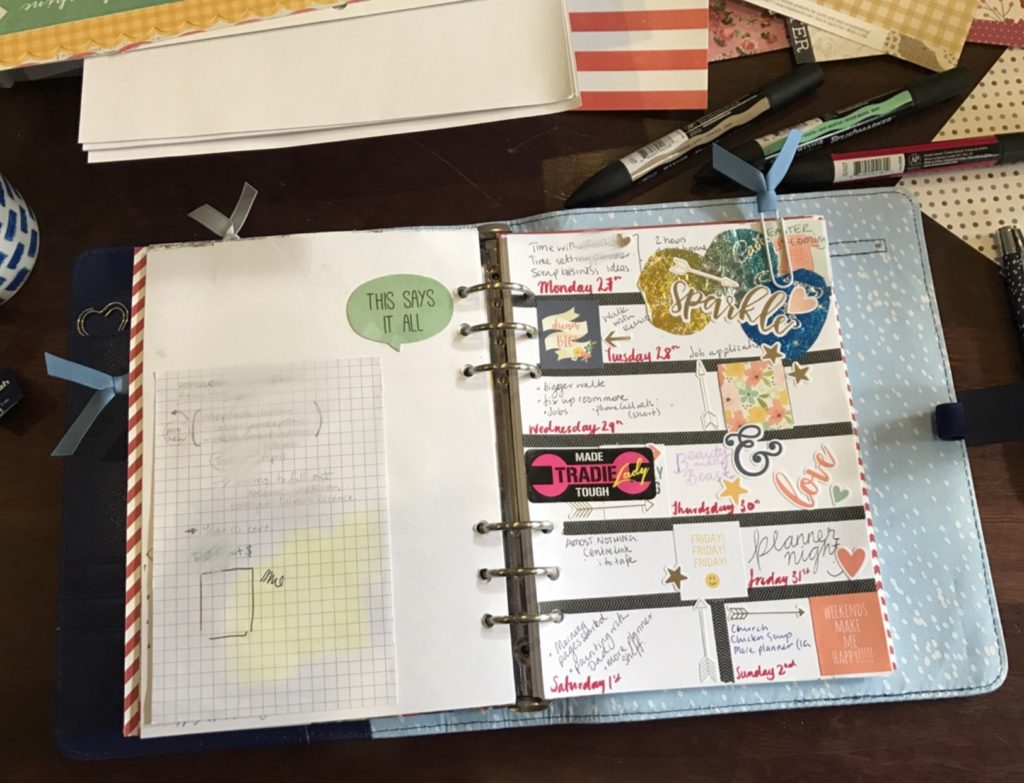 The right page, I use for a weekly spread; it has what I will do with what I did do added on Friday. I get to play with stickers and practice cool writing. The left page is for scrapy notes: post-it notes, lists, stuff that I need to remember but doesn’t fit on a day. I might doodle there or cover it with “washy-tape”(there is a prime example of a Washi-d page in the how to pics)… its a no rules page.

But when I start to get lots of notes and lists together on a specific topic, I figure its time to give it a page of its own. So my car got one. A page to dream of all the cool mods I’d like to do to it like Dual Batteries, and Funky Rims. But also a page to record more serious stuff like the internal light needs replacing and the front sway bar bush needs some TLC.

So my how to is a Quick Demo on my Process for such a page in my planner:

So for this particular foldout, I’m collecting the ideas I have for a girls night in that I like to have with my family. The way I see is, I can keep all my notes in one place now and then I can add photos to the page after the event as a memory keepsake. For me part of the joy of an event is in the planning of it. Another page I started last night. At least this time I didn’t stay up late doing it.

Been using this book to get my hand used to holding a pencil… And because I don’t have to think much about the end result.

I use Lyra Colour Giants. Best pencils, I reckon. Better than crayolas. 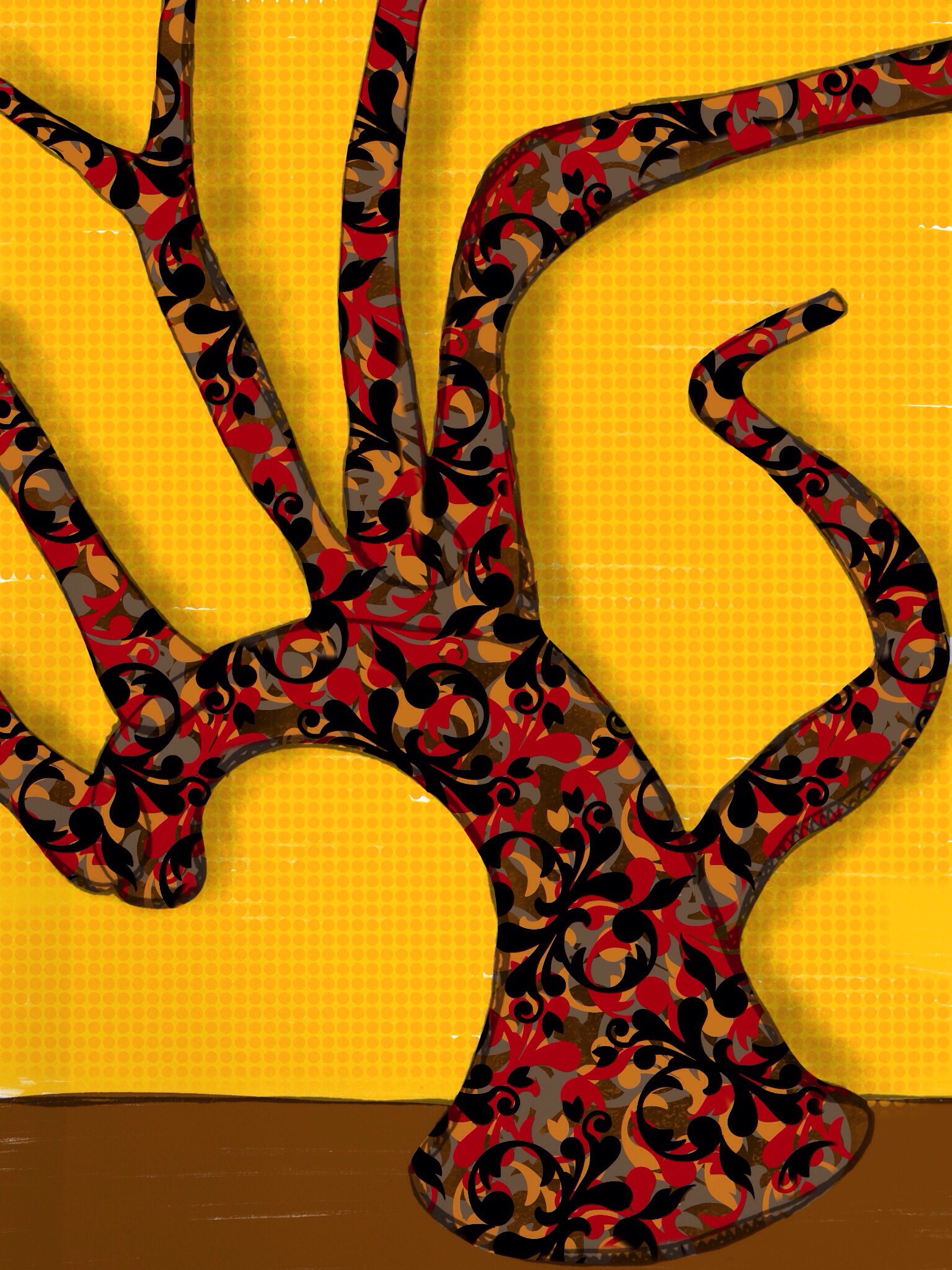 iPad painting with reference photos to indicate my artistic honesty. 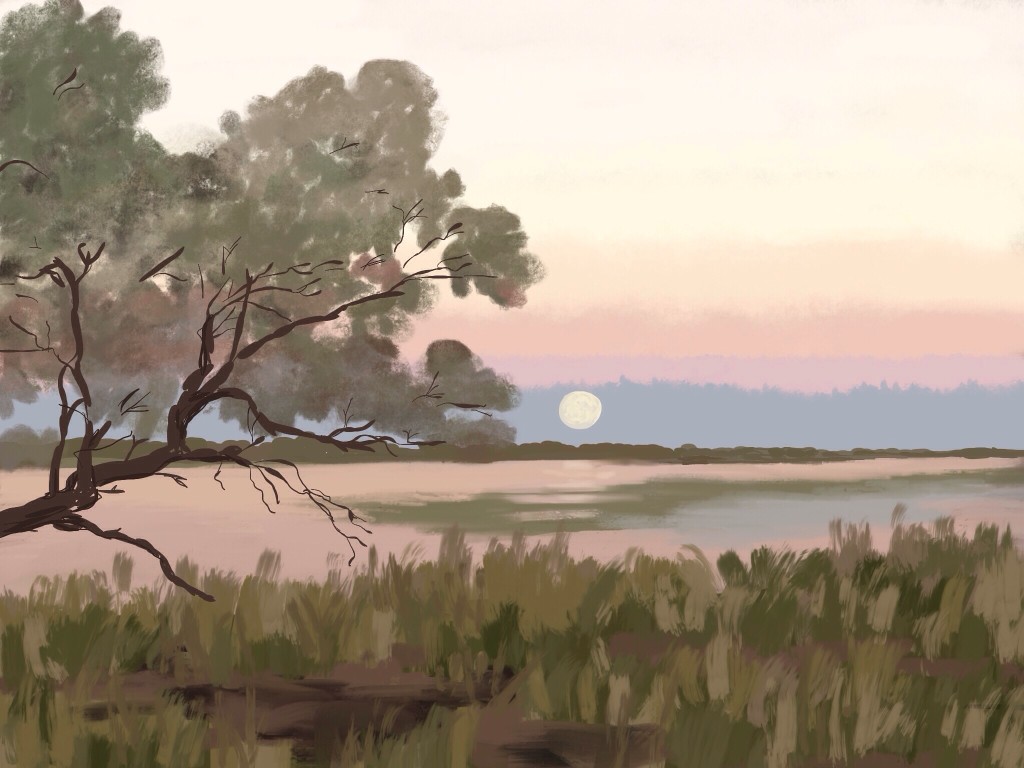 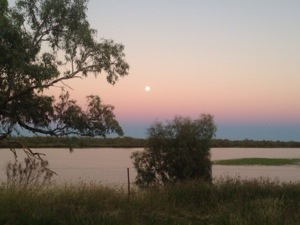 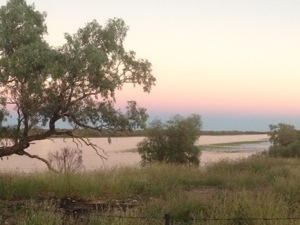 Going to the camp draft is what you make of it.
There are those that might say it’s boring (as spectator sports go). There are those that only go the get absolutely sloshed.
Here is what I made of it… An opportunity to be with my station mates and a chance to draw (them)… 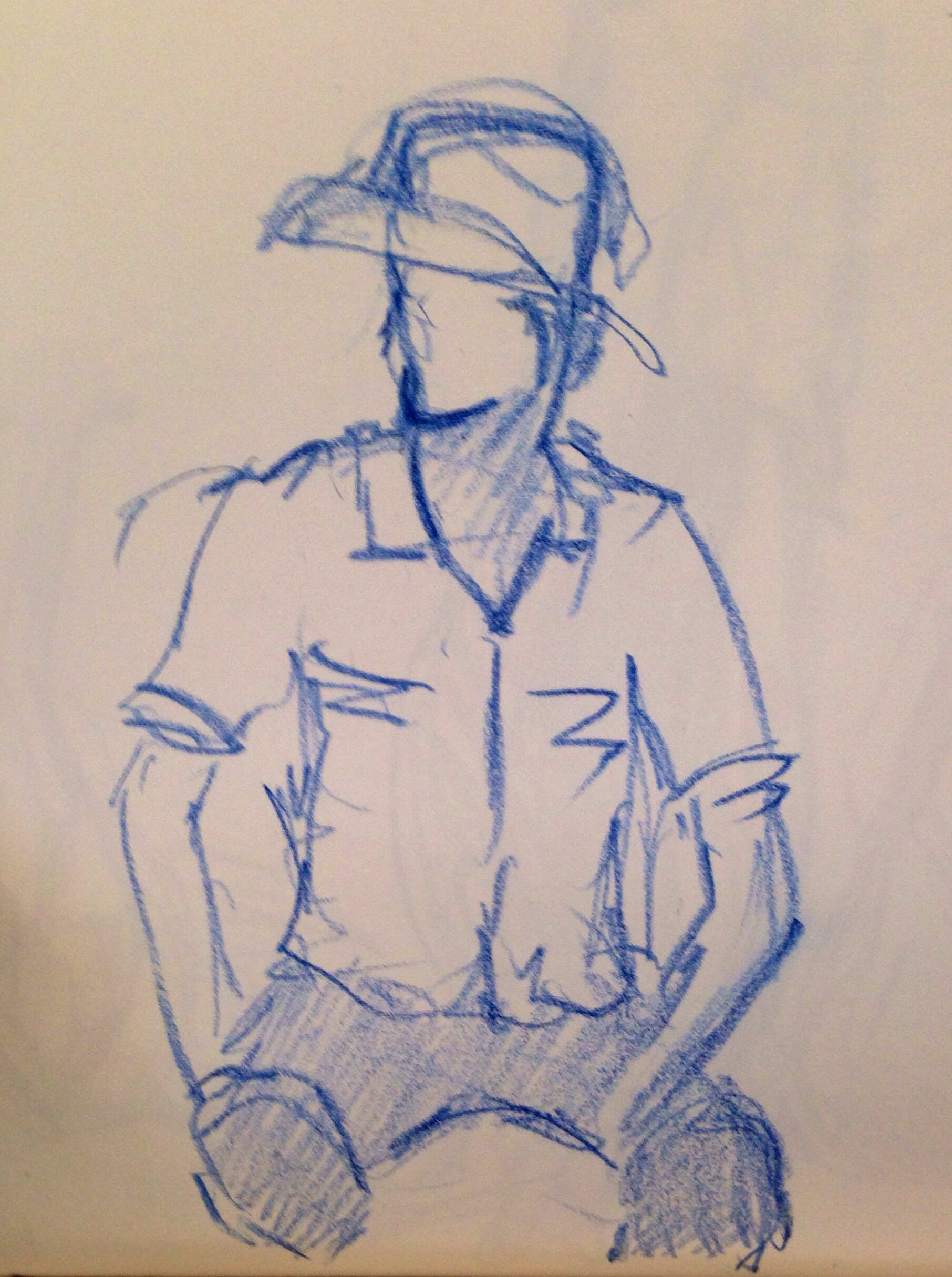 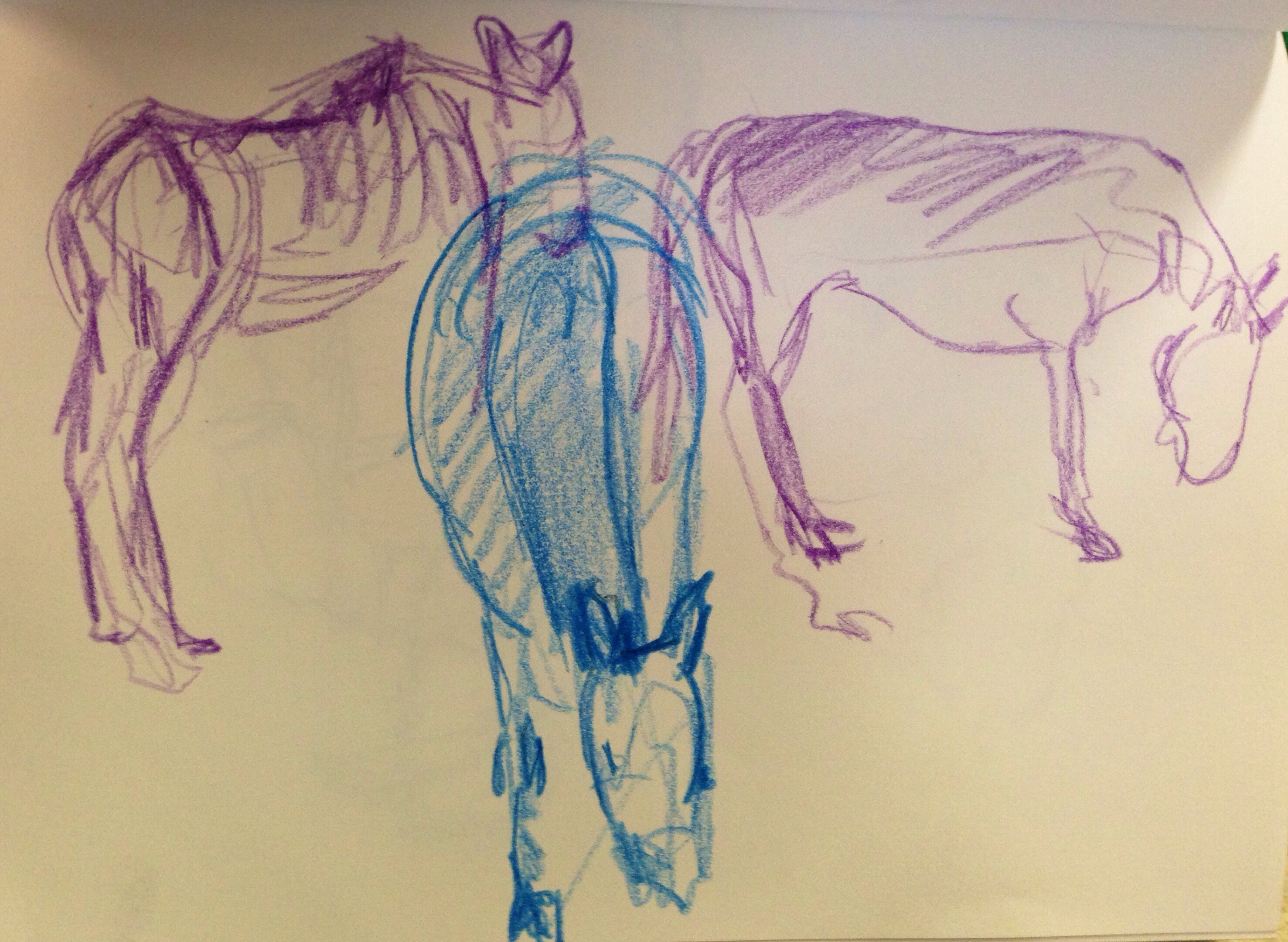 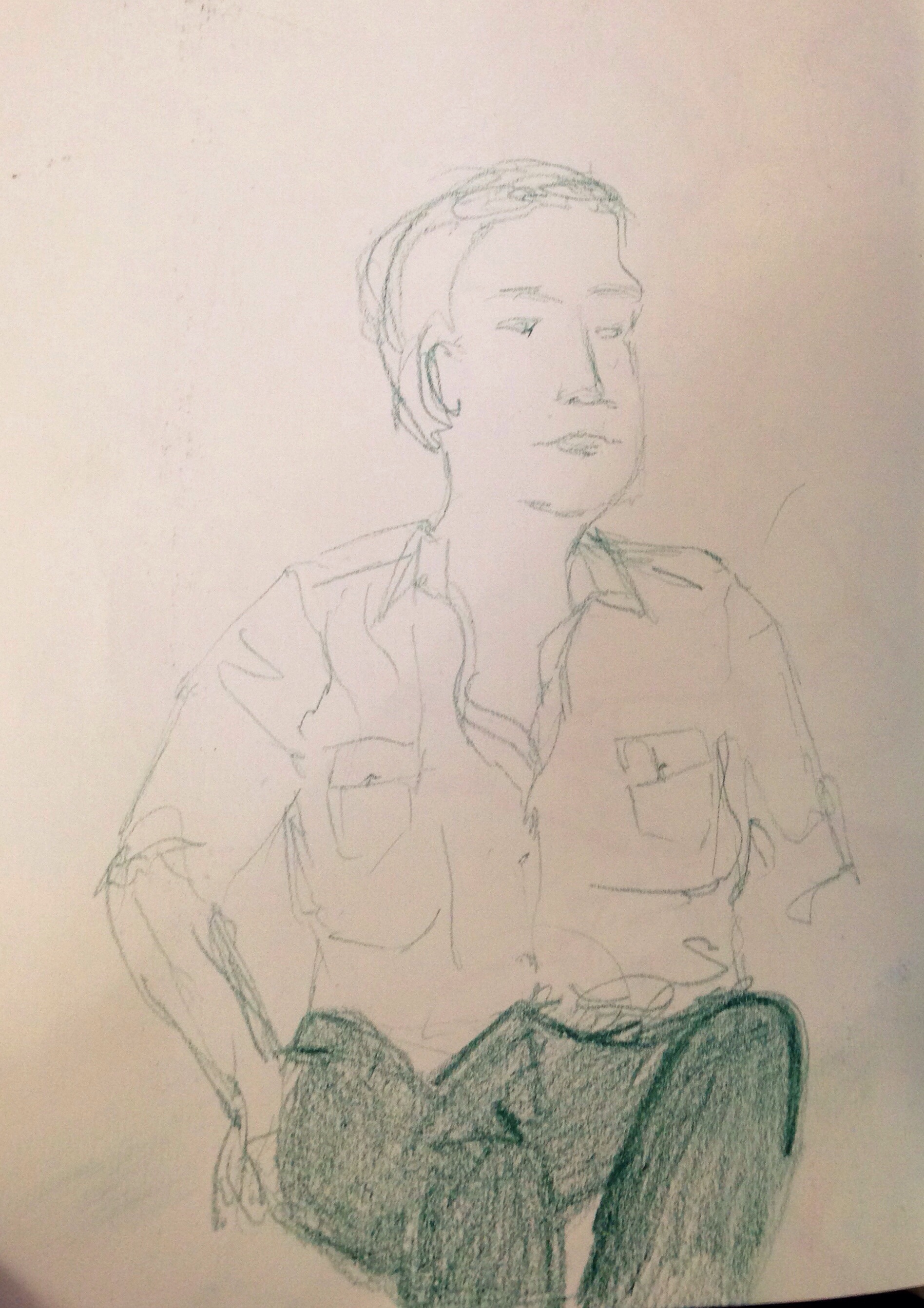 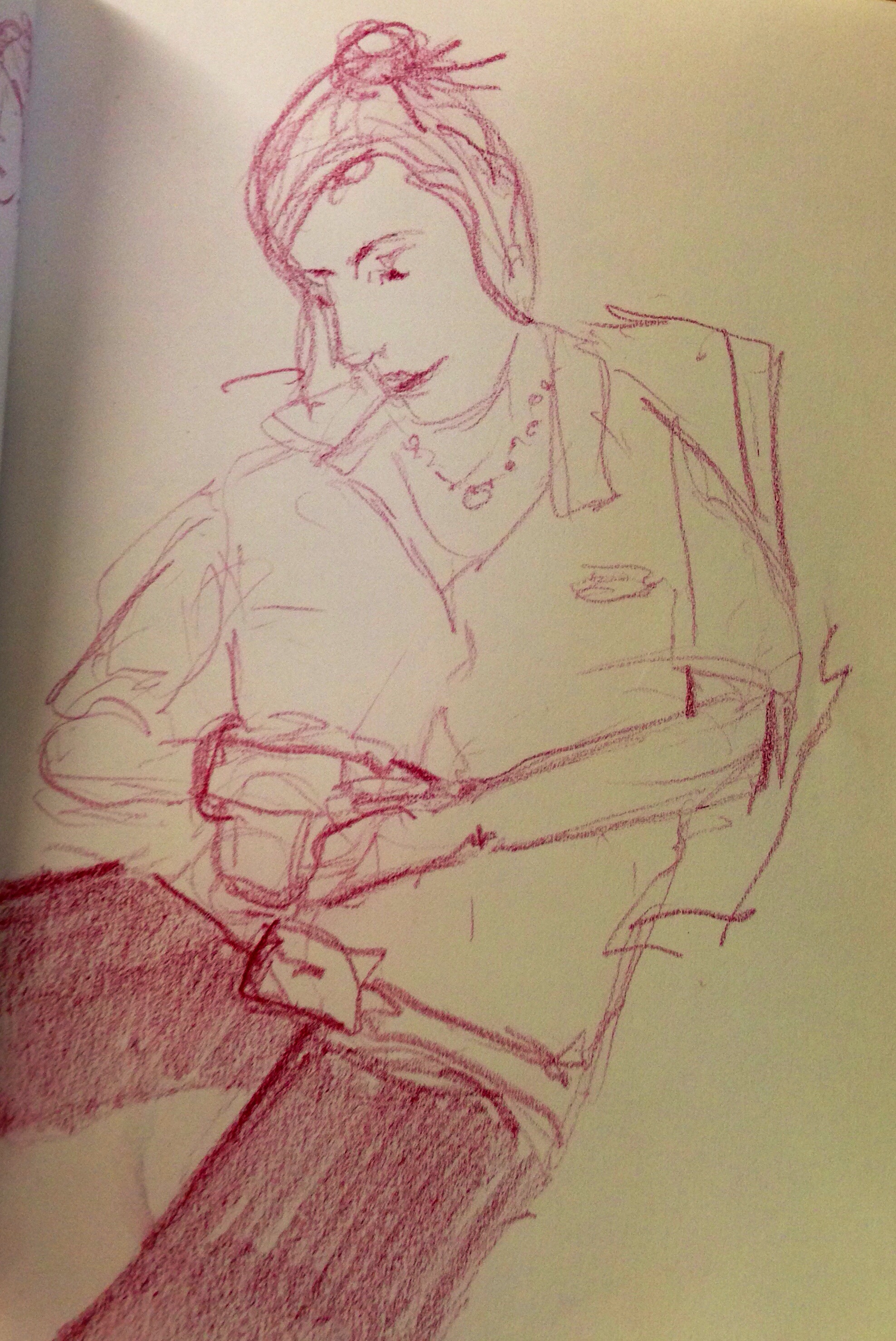 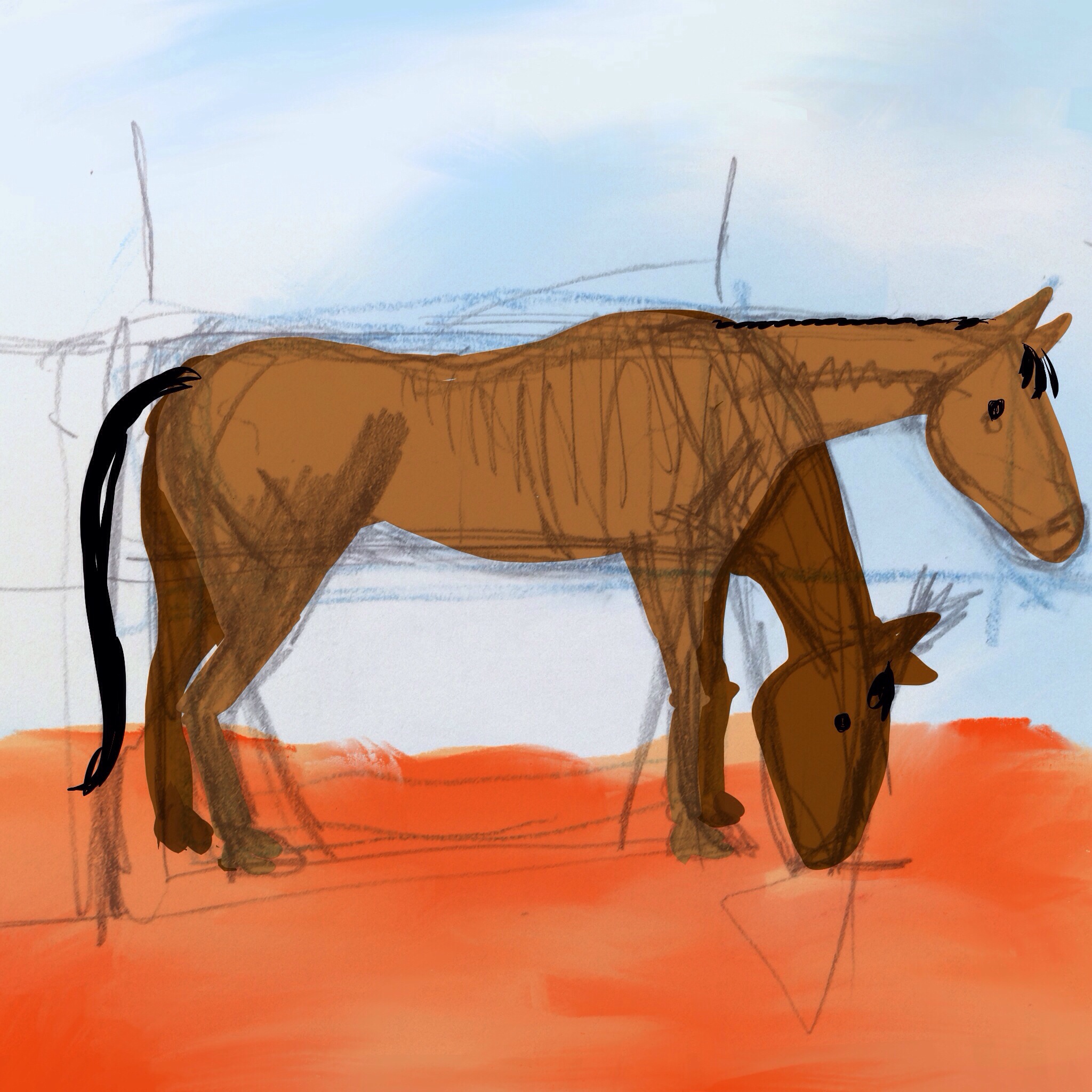 Disclaimer:
This post will be written with my Sydney audience in mind…
There are a surprising number of assumptions made on the part of both city and country folk and I am standing smack bang in between them. There are times even now where I forget that city folk just have no idea… I had to stop myself and put myself back in my city life shoes, to remember that the little details I encountered here are in fact worth telling.

I did not think I was excited to be going to Yelvertoft. I was eager enough and definitly looking forward to it but on thursday night I did not sleep much. I got 4.5 hours in the end. Guess that’s a pretty good indicator. The 6:30 brekky was hard cos I was too ready…

New things I have now done.
>Traveling in a truck with 6 horses in the back of it. I went to Yelvertoft with Narda and her horses. We left before 8 am and stopped in Dajeerah, then Mt Isa. Fun fact: horses will poo in transit, but they will not pee. You therefore need to stop long enough at any given stage of your journey and give them time to empty their bladder. Part of the waiting game also includes them horses working out that you are stopped but not intending to unload them.
>Going to Mt Isa (as a passenger) and being able to see where I’m going, not just watching the road. (I don’t remember much of the road between Sydney and Boulia.) That is again a bit further north than I have been in Australia. I enjoyed watching the scenery change as the kilometers clicked over. It still does my head in a little that a function such as a campdraft is “only 500km away” which is only 5 hours driving in a car or more in a truck.
>Helping to set up the Glenormiston camp at Yelvertof including being able to help move horses by their lead. Yep, I wasn’t a total waste of space. I got to assist in setting up the small horse yard which is just a few sticks in the ground with a bit of electric nylon tape around it. Horses hate the shock so much that you can get away with not making it a live fence during the day. So there i was being told to just do this and me going “ok” all the while knowing that I have know idea how to actually do that. But hopefully, I’ll be better at that next time cos I asked some of the ringers to show me properly afterwards. My biggest problem there was not that I don’t know how but more that I don’t know the language to go with the task.
>Sleeping in my swag, on my stretcher, under the stars, beside a truck, next to hay, not far from horses and their poo, and close enough to the diesel genny to smell the fumes of that a bit too… All that is cool. 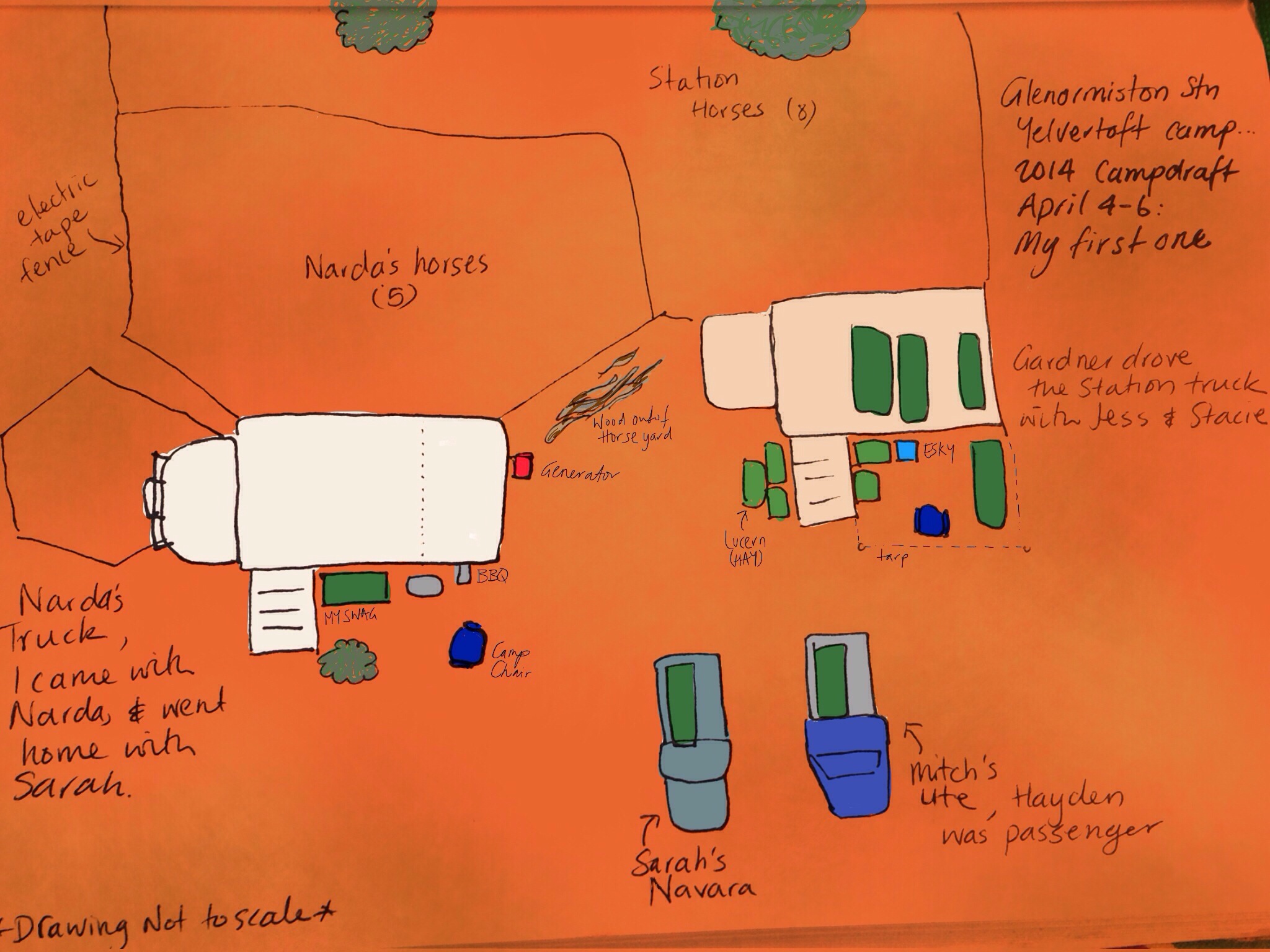 Assumptions on both sides:
When I go camping, especially for a weekend only, I go where there is not much: a hole in the ground toilet and no water.
When I said what do I need to bring? I was told clothes and money for the bar, and a swag. turns out its a bit more than that….
Here’s what else I didn’t know: there are showers and that is the norm (lucky I had some toiletries), it’s good to bring a camp chair, a big bottle of water (5-10L), an esky filled with ice and drinks is good too. We have tea, coffee, bread and spreads, and a few bbq bits and pieces but mostly they buy food. Bacon and Egg Rolls are $8, a milkshake is $6 and a roast Pork roll is $7.

After the set up, it was time to kick back and enjoy a beer… or two… I had fun with the ringers. Made them laugh a bit when some pretty quick side comments… thanks to my years of practicing at the dinner table.

Then its off to the bar for I crazy night of too much alcohol, loud music and general noise for my comfort. 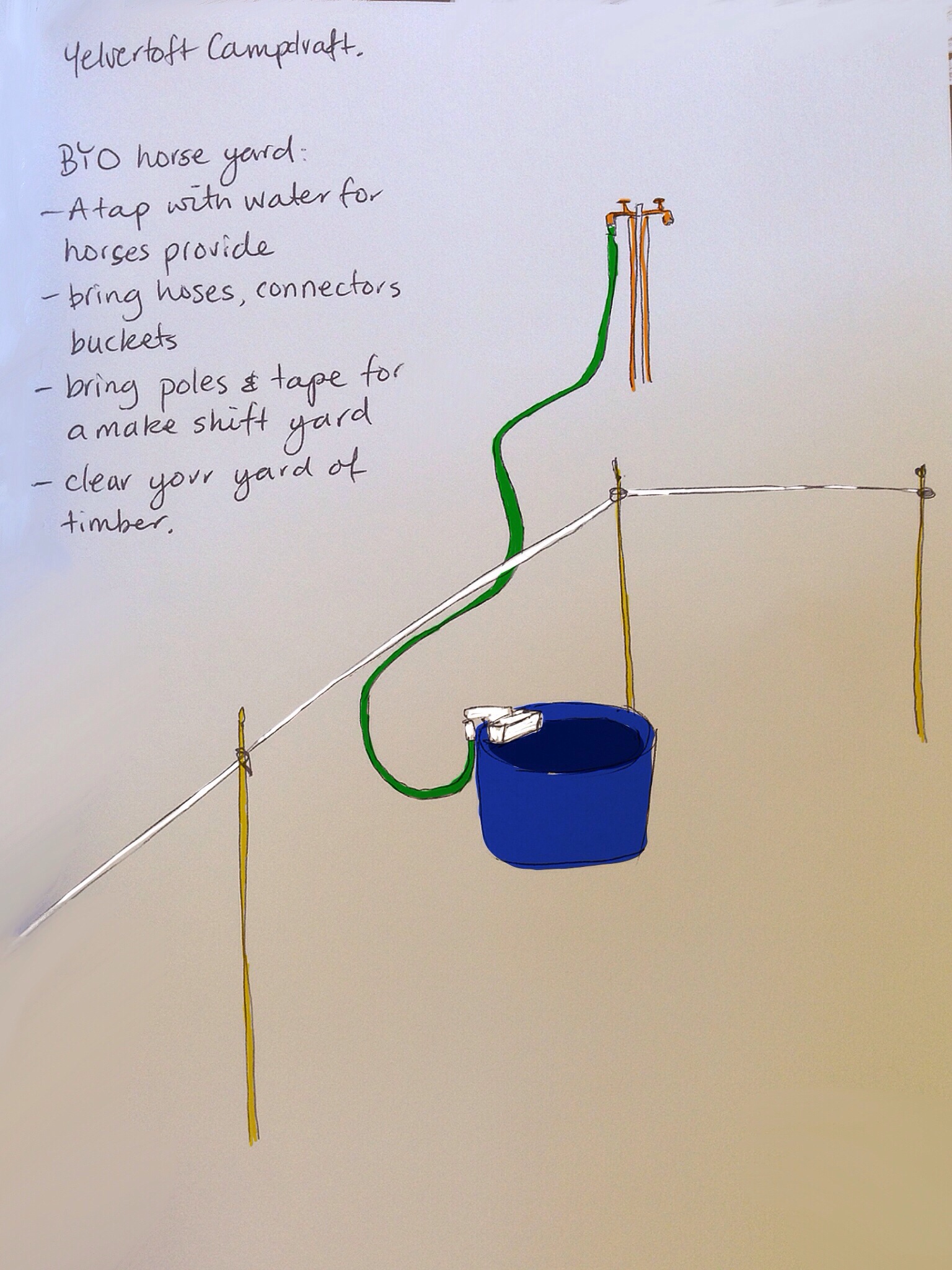 The plan is to go to a campdraft. This station cook does not want to be just a cook.
What is a campdraft? Wouldn’t I like to know… Google says it’s an aussie sport where a rider and horse have to get a beast from point a to point b in a certain way…. You can google it too. This one will be at yelvertoft station. You can google that too.

The plan is to take my journal and iPhone camera. And like I used to do with Rosie’s physical culture lessons, try to do a bunch of quick sketches.

So taking what I learnt in drawing lessons while doing graphic design, I started researching horse skeletons.

See out here there are a lot of bendy trees, a few dogs and horses and cattle to draw… So I’d better start practicing.
And I might need a clipboard. I think I forgot mine.

My cousins baby is 2 months old…
And I’ve been employed 2 months.

This week has been a busy week on the station.
There’s been a killer, there are horses being tamed and shoed. A water tank has been installed… All this while I’m doing the same thing I do… Making a foodie messes then cleaning it all up, and loving it.
I’m cooking for a few extra at the moment.

This morning I chopped up a heap of meat ready to mince later.
Is weird that I thoroughly enjoy this butchering aspect of the killer? I’ve been looking forward to it for about 2 weeks.

Tonight I’m making satay sausages.
I did a meal plan but Thursday or Friday always came up blank. I figured on doing a stew one of the nights, but the other kept on being a question mark. But I have a plan so that is good and I feel better about it.

I still get ping-ping brain. I can have 2 or3 things I’m trying to do and I end up standing in the middle of the kitchen trying to work out what it is I suppose to do. Or at night after falling asleep at 9 pm I’ll wake up at 1:30 am thinking about all the things I need to think about… And not go back to sleep. Nights that I do that make for longer days I can assure you… And no it’s not nerves. It’s ping-pong.

It’s getting cooler… The mornings are nice and once the sun is up, I like to turn off the big kitchen air conditioner and open up all the windows. (Doing it before sun up means an unnecessary amount of bug removal.)
Looking forward to weather cool enough for tshirts under my work shirts… Then I can wear my favourite invisible rainbow braces…

This is a quick painting of this mornings sun rise. 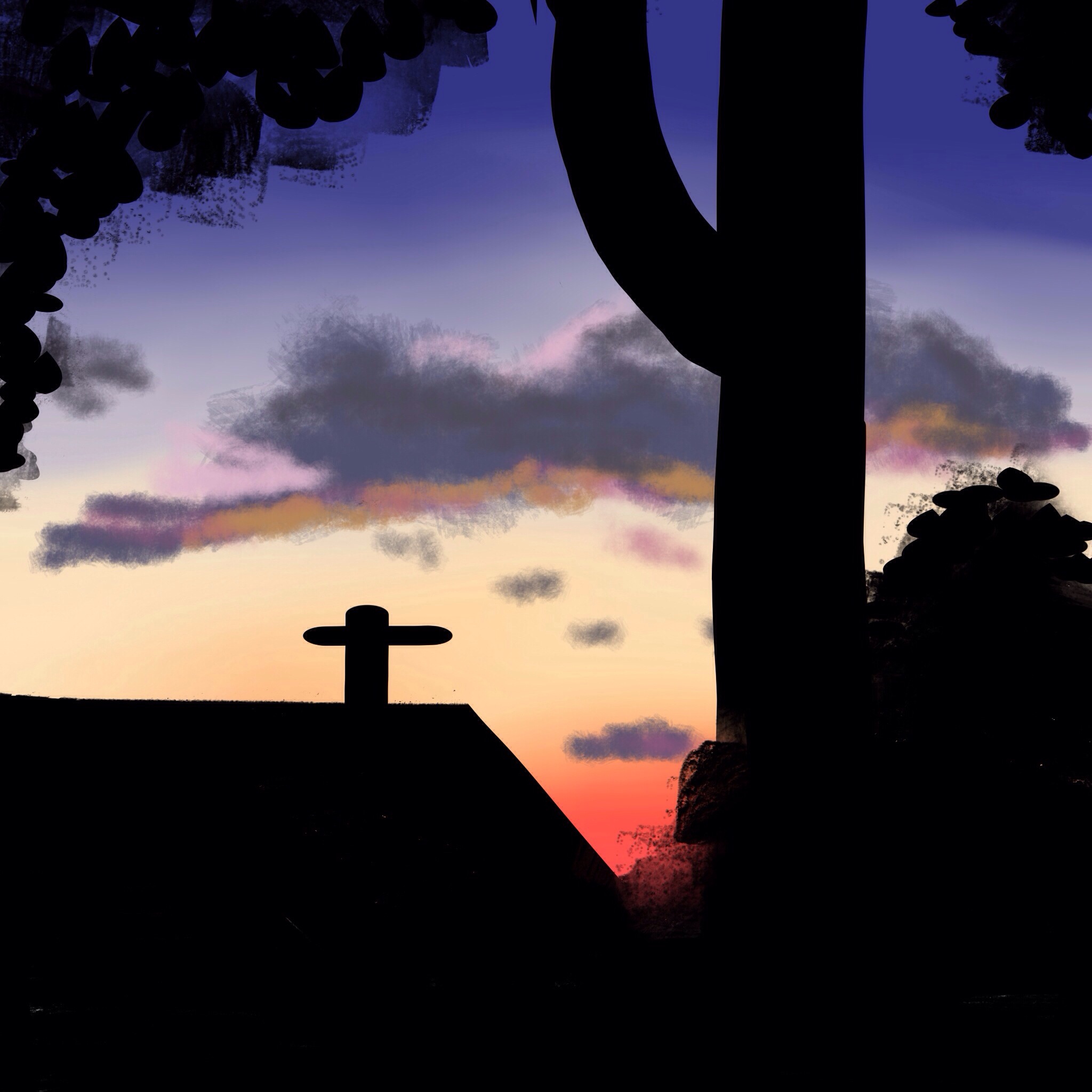 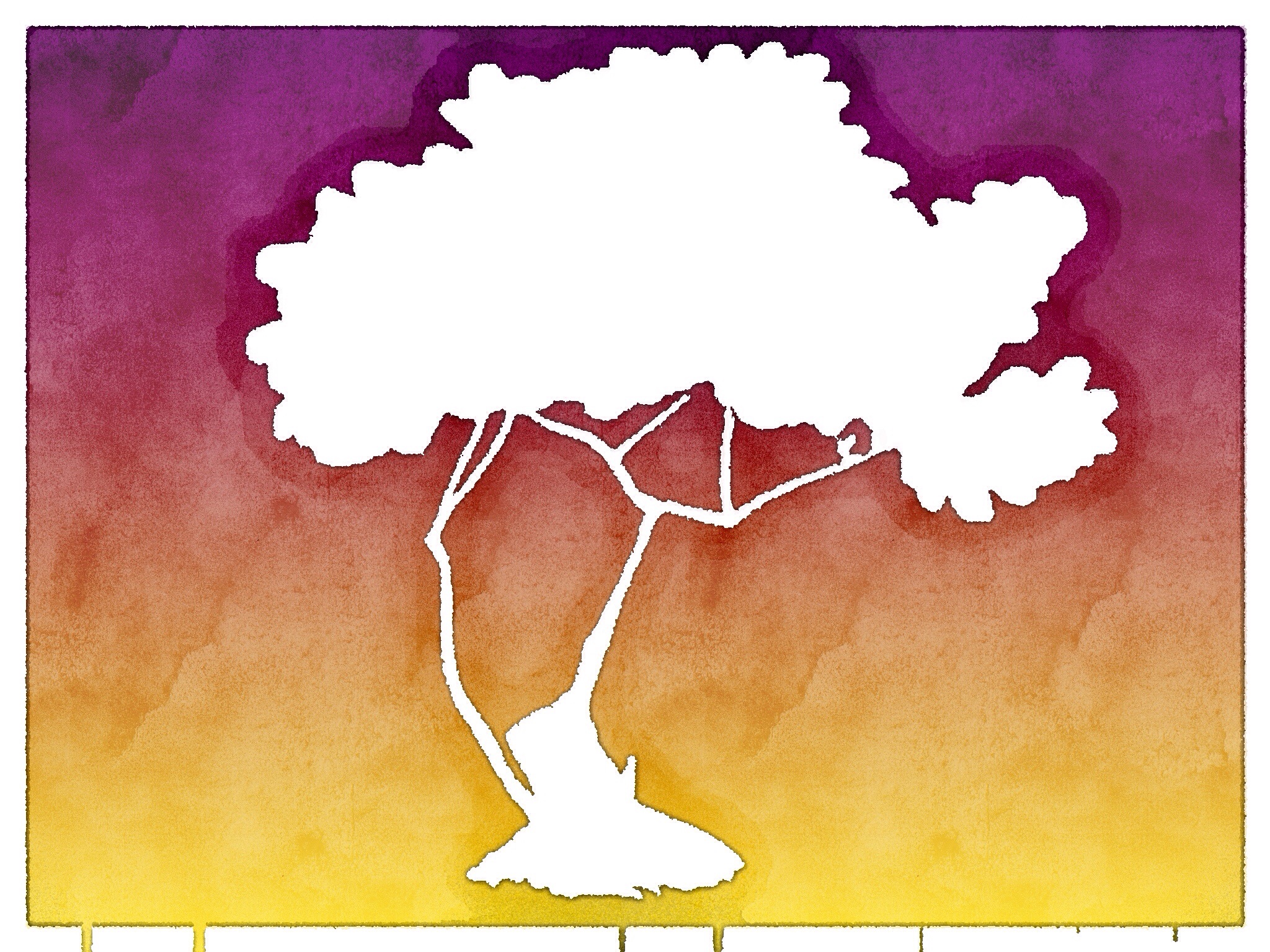 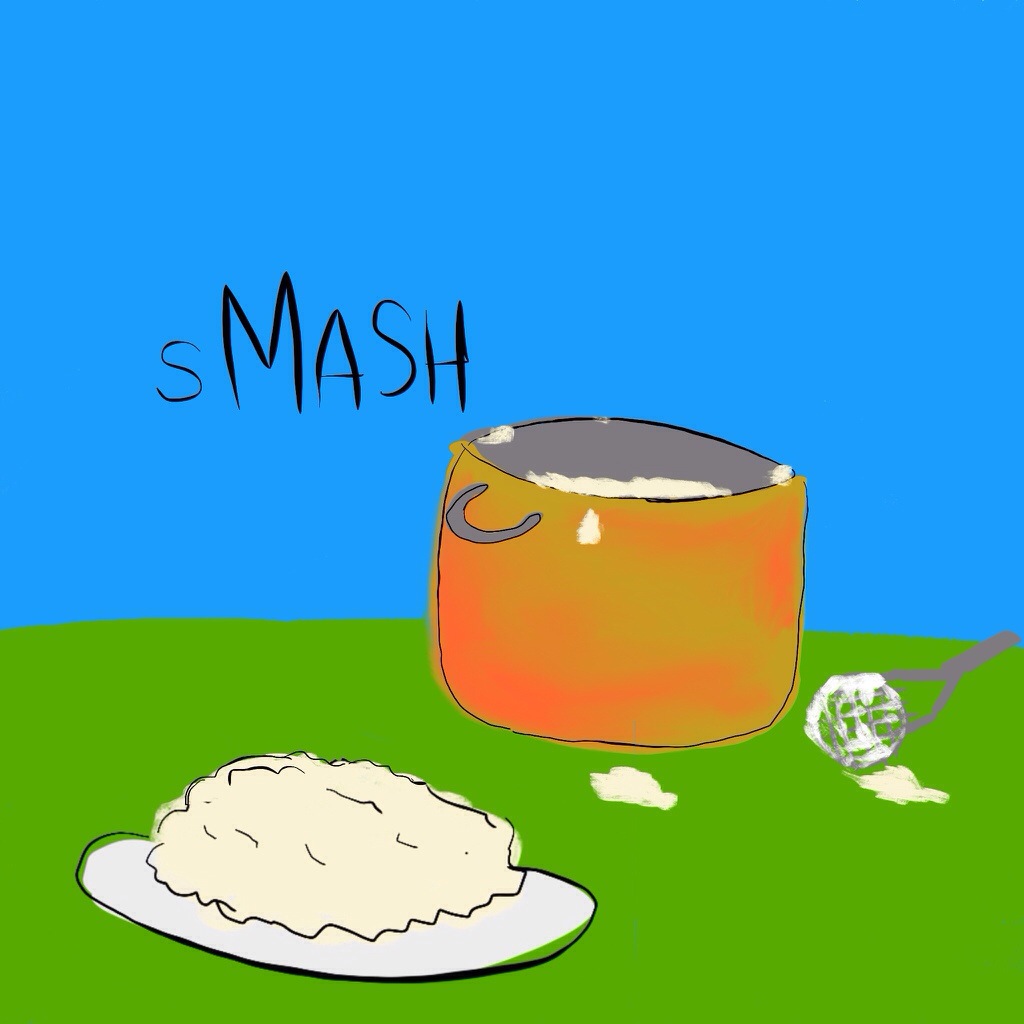