My chimes ding in the Barkly breeze.

I have reached the end of a long week… scratch that; a long fortnight.

So I’m resting in the peace of my home, listening to the chimes play their harmonies as they will; Flies unavoidable, like the soft stroke of my mothers fingertips across my back when I was stuck in church late on a Friday night.

There’s washing to do. And two out of three rooms tidied up for the next stint.

The new people have gone back to their lives 1000s of kilometres away to play with their new toy. Only the toy is not a robot. It’s live and breathing with feelings and choices.

It’s poddy calves worth saving. It’s cattle who know how to live in this harsh but beautiful land. It’s horses that team with their riders to get a job done. It’s riders who may not be the sort to do uni or even year 12 but are hard working valuable members of our Aussie society, who probably know more about respect and teamwork , a fair go and good leadership than a fair few of our city counterparts.

I don’t spend much time dipping into the culture that is the Anzacs. It has become a little religious these days. But one thing that I can tell you now, there are certain things that I have come to accept as being very Australian. The tradition of mateship that goes with the story of the Anzacs is definitely part of it. And while I may often feel sidelined from such phenomena, I am convinced that some of the strongest examples are found in the stockcamps of our cattle stations. These young men and women are precisely the sort who if called on, would respond and serve this country if threatened with war, as the Anzac heros of old once did.

Each of us are capable of making such big choices. We choose to be here. We choose the work and accept the grace afforded in good tucker and board. But we are not robots. We are not just a number. We have our strengths and our weaknesses. And with good leadership in the form of a headstockman and manager, we are able to take all those strengths and run a reasonably efficient operation.

Life on a cattle station is not something to be taken for granted. We are a mini community. We work together everyday. But then we have a drink together and eat together and live together. We go to social events together.

It’s easy to see that we look like robots. But we are not. Each person chooses to eat brekky or not. For some it’s a simple thanks for the coffee cookie. Some like to have beer, some don’t. We each come here from vastly different places in this country, south Australia, Queensland, New South Wales and Victoria. Some are well educated, others can barely read.

The thing that makes a place like this is good, strong leadership. The kind found in the Anzac stories. The ones who would lead the boys regardless of the situation. Who is not our best buddy but a mate nonetheless, ready to get as dirty as the least of the team. A leader ready to be a fair judge and to develop each part of the team.

When a big city company looses a manager, it’s normal to expect that it’s not that hard to replace them. But out here, managers are more than the robotic replaceable managers of the city. (Look I know even there they are not robots … they have family, responsibility but it’s still just a job) Station Managers are part of the very fabric of our local community. We look to them for answers and decisions for more than just business questions. We look to them to keep the peace. Not by rules, but by the law or fair go. We look to them to help keep each other safe in this harsh environment of long roads and excessive heat.

So when you cut stab boot a good manager out, your likely to be upsetting the people you need around to help you make your profit and sure! We are all replaceable. But you can’t buy trust. And you need our trust to get the job done well.

The weekend draws near and I am very ready to play with my latest collection of washi tape, to pack a few boxes just in case and to generally not be in the kitchen. 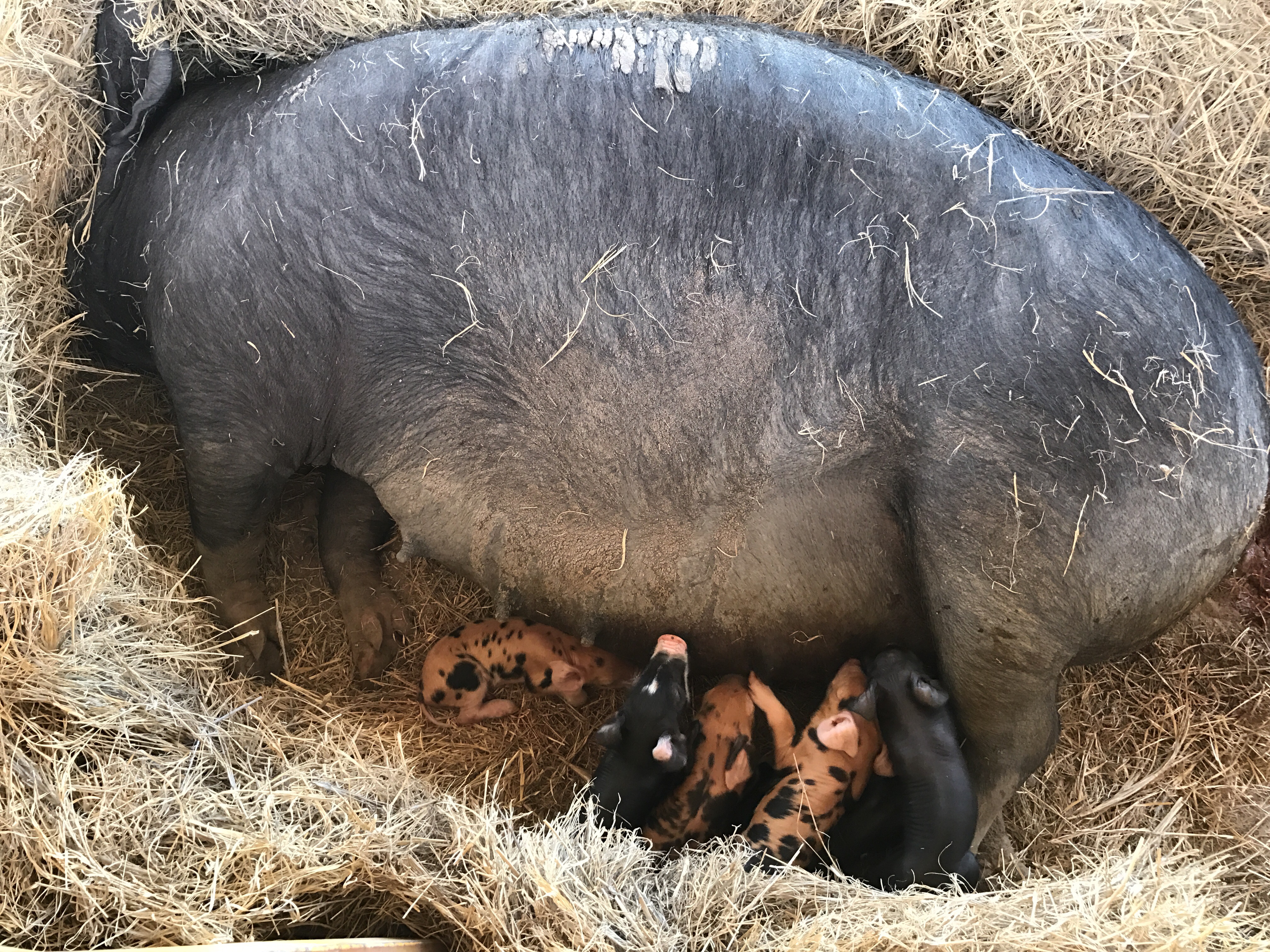 Butcher’s pig has had 7 piglets. So we will be having pork on the menu soon.

I now have 5 poddies to love and feed. That makes feeding time tricky because there is absolutely no concept of “turn taking” or “I’m full now”. Also, two know how to walk through steel fences. 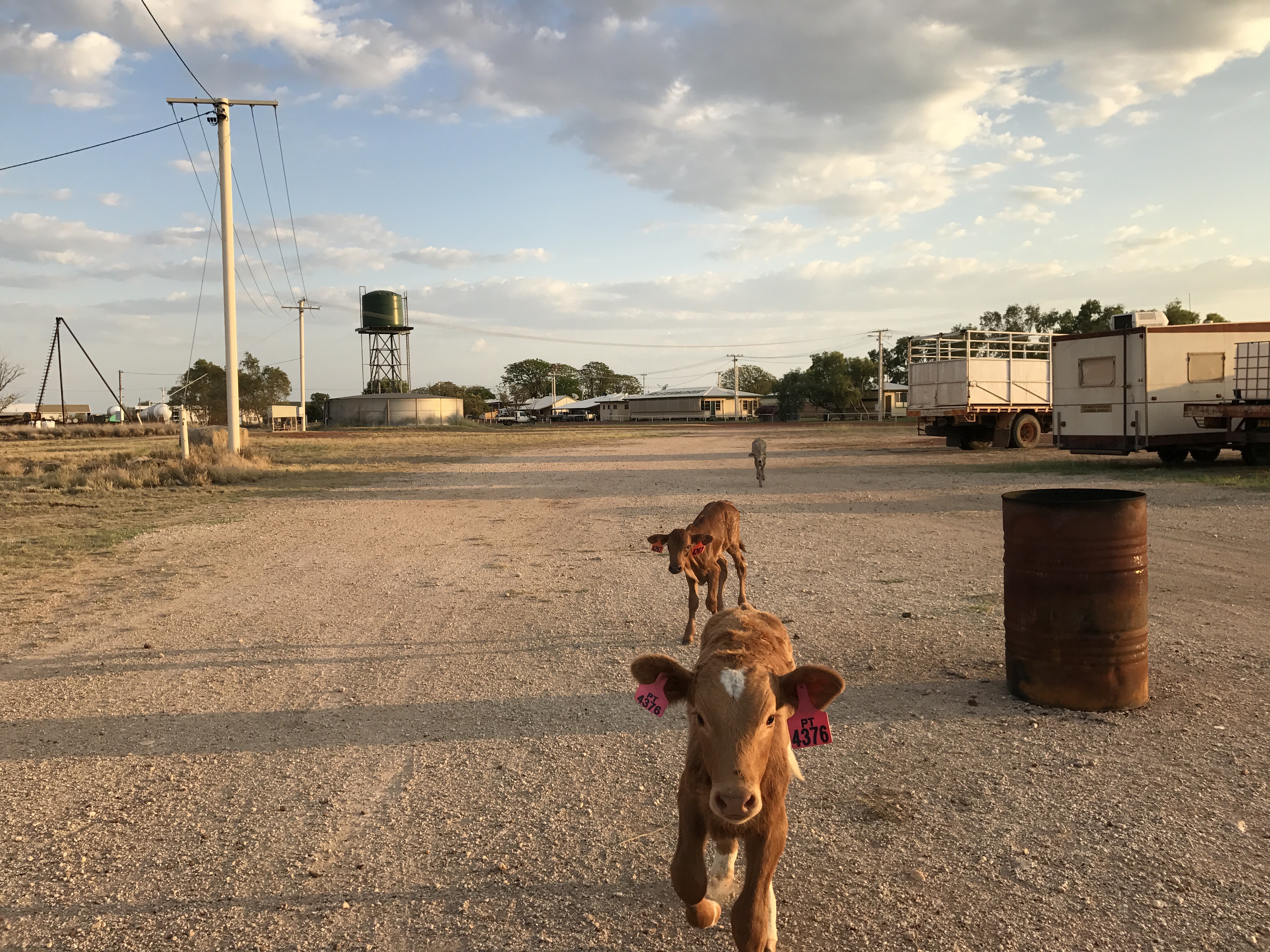 There’s Frankie at the front, Lola behind him. They are both stud poddies. Hence the ear tags   Way back behind both of them is the newest acquisition; Soren Lorenson. He’s not much younger or small than my first three fellas. He’s a lovely grey colour which makes him look like a ghost sort of. 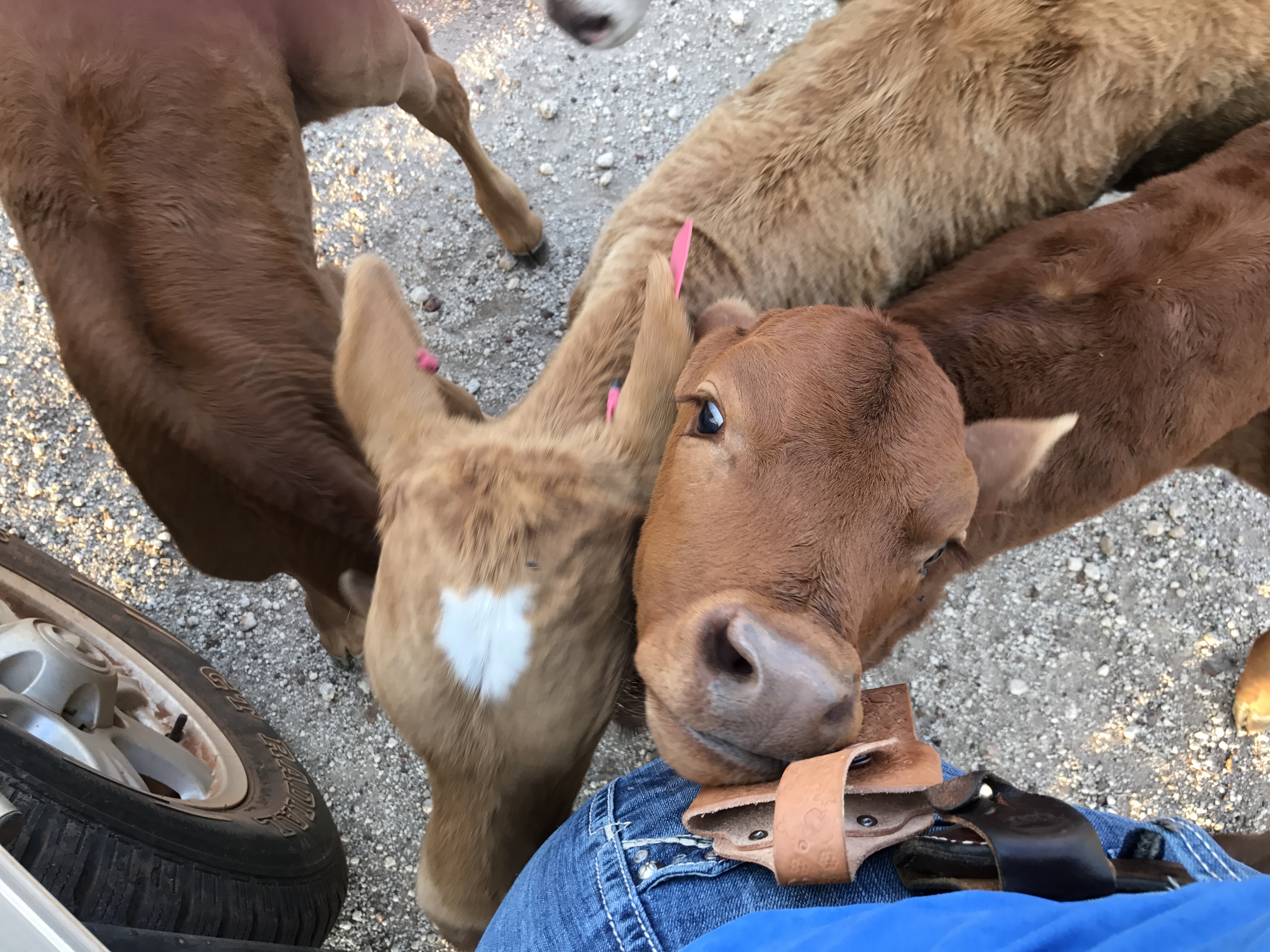 Yesterday afternoon, a coworker set up a very big blow up kiddies pool. So I sat in ten relaxing water for an hour or so. It was so good to be able to relax like that. I miss being able to do that at the local pool. Might have to look into a portable bathtub.

A lot has happened here at my station. The manager has moved on very suddenly this month. And so I am quite uncertain what my future holds given I don’t what the new management will be like. I have canceled my holiday just in case I suddenly need the insurance.

There is a fair amount of anxiety and tension that goes with having a void in leadership. We each are doing our best to do our job. But there have been tricky moments when someone steps out of line and I’m left thinking “you wouldn’t have done that if Boss Man was here.” Everything in me is geared towards just surviving Melbourne cup day when the VIP of the company make a rockstar tour of the station.

Those poddies, whilst being pests, are my lifesavers just presently. For with them I find peace from the turmoil. They are what this place is all about and they are the reason I am proud to say I’m a station cook.  For without the cattle there is no station. 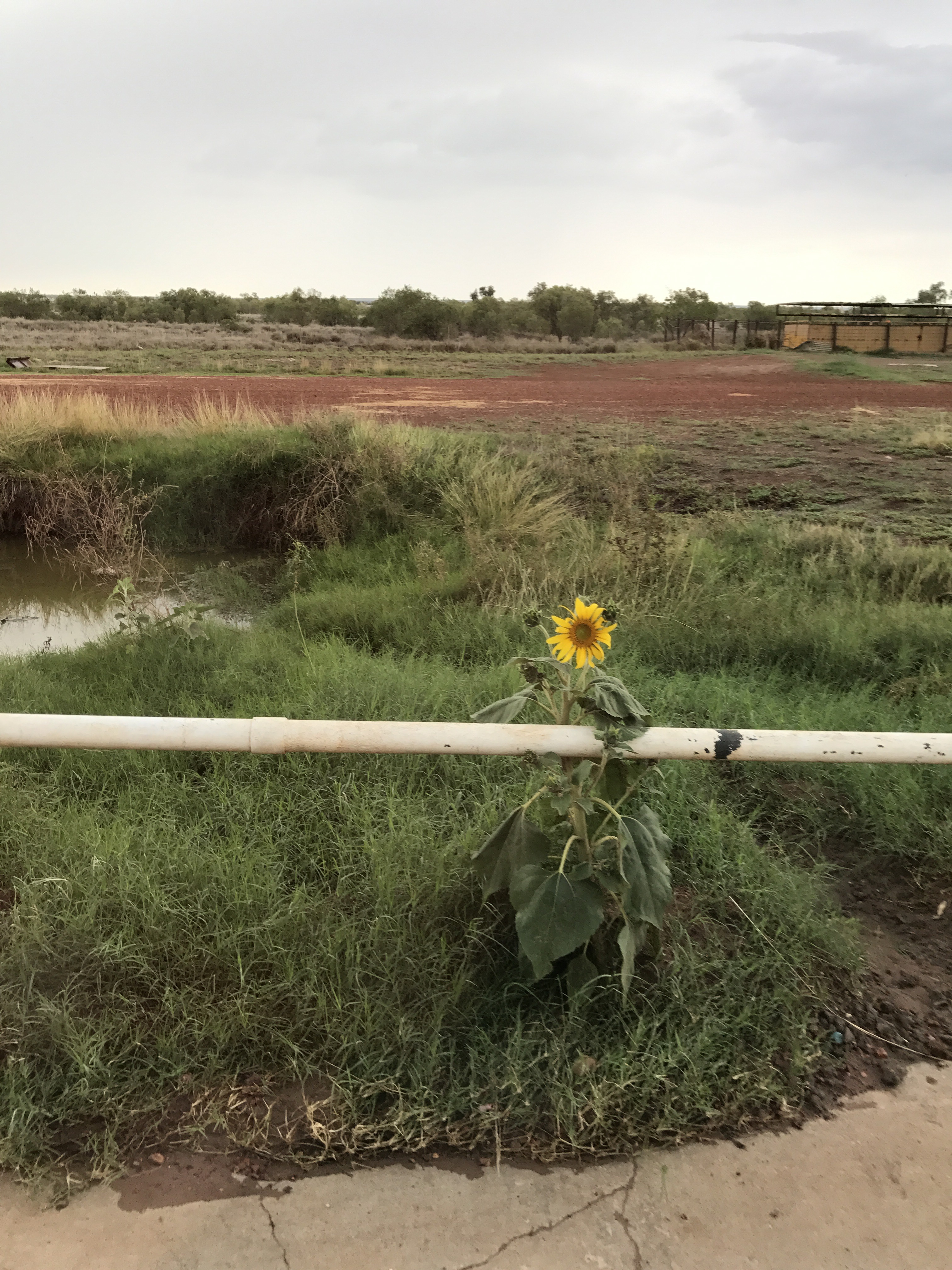 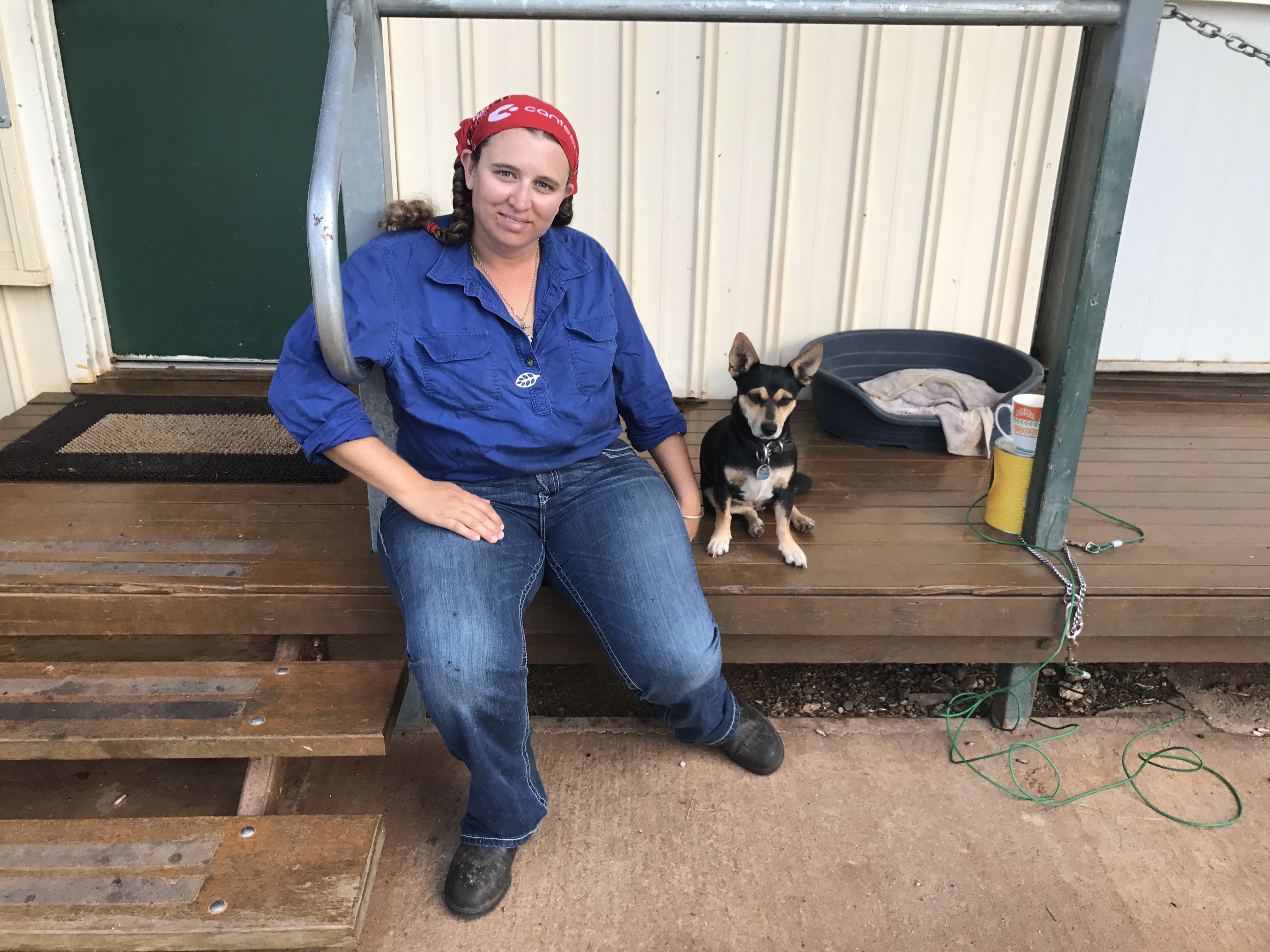 They predicted an early wet. It’s looking pretty green around here. It’s so exciting to see the change of colour from orange and red and yellow to Blue and grey and green. My poddies are doing well although Bruce is a little finicky. And look what I found in the wash bay. A sunflower! Fancy that.

Where expecting a few days of dry now but there is a forecast for more rain this month. Just because an early work with predicted doesn’t mean every day is raining just means we get a few showers earlier. Those dry days are important because the road is dry enough to use and I want to go to town once a twice before December. 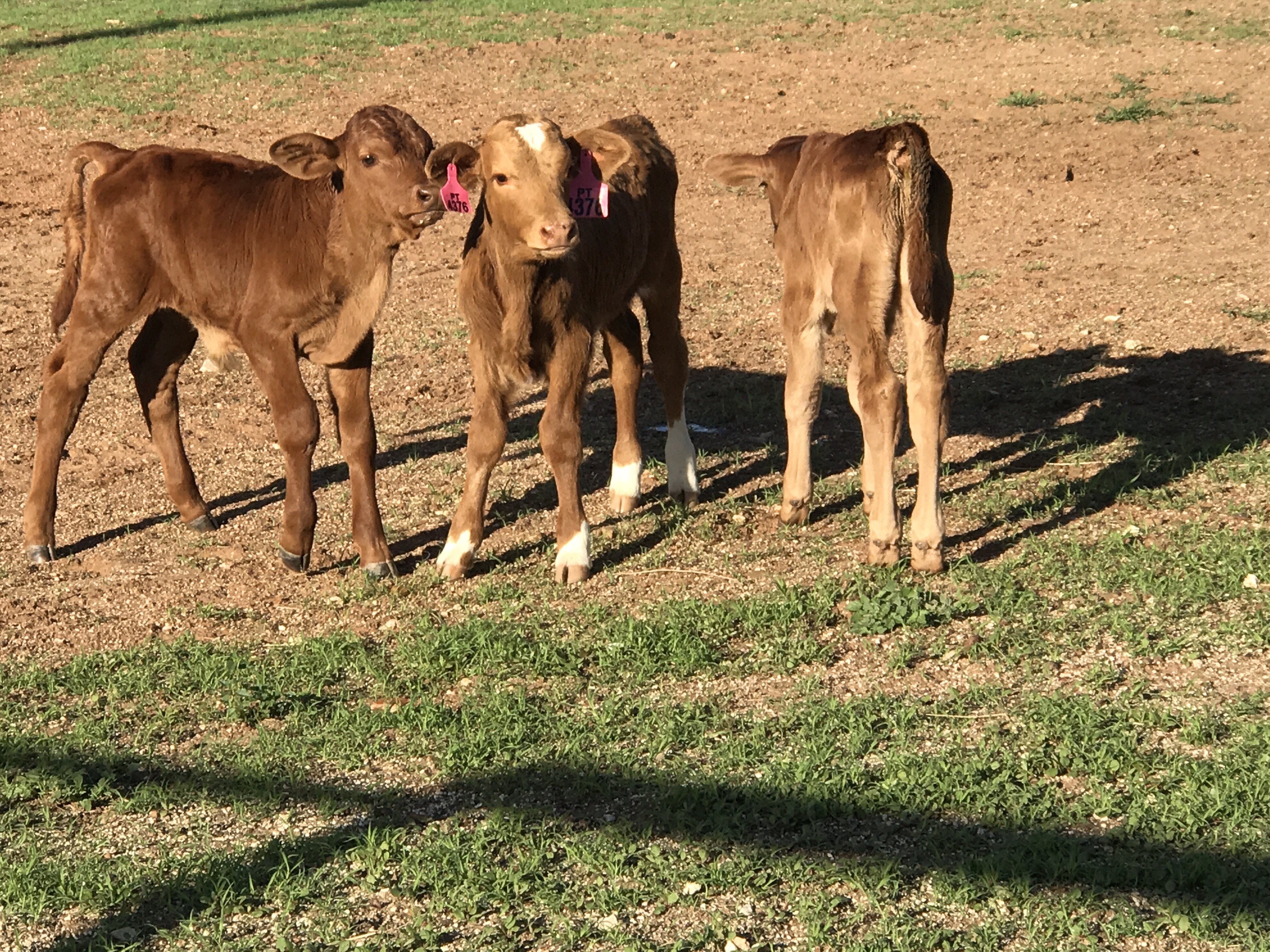 Well some of them anyway….

My auntie turned one year older as is the way our our world. Only this time she was old enough to be eligible for a milestone celebration. And rumblings began of how best to do so. Dates were suggested and I was invited.

And I said no. Too far. Too costly. Love to but no. Sorry.

And then my brother whispered in my ear. And things became easier. So I changed my mind. Only I made my brother promise not to tell. Anyone!

And 6 weeks past from booking flights and getting everything organised. I got on a plane after colt challenge and flew to Sydney.

As it turns out. Not everyone was surprised. But that’s ok. Because rose surely was.

I was hiding in the spare room. The dinner bell rang for tea. And I casually made my way to the table to the shear surprise of my sisters. Totally worth it!

And so began a wonderful mini break in Sydney catching up with family.

When one comes from the station to the big smoke… what does one buy?

Socks!  Books! A new phone! And leather. Actually altogether too many things but they’re all in use.

I drank tea with my Rose. I visited my paternal family. I partied with my maternal family: happy birthday Auntie! I talked heaps. I watched a DVD. (Something I don’t get to do much).

I swam in the ocean. I wore my hat and jeans that declare I’m from the bush. I ate a pork roll. I went shopping for my friend in Mount Isa. It’s the big smoke after all. I made my dad sultana biscuits and cooked bread cases with corn beef for my family. I’m a station cock after all.

I met my little niece I hug her and intrigued her with my signature two plaits.

I had a special family meal with every one of my siblings including my sister from Perth. We will not be together for a very long time and I will be working over Christmas. It was a special time to be together and reflect on our familyness.

Maybe next time I won’t surprise them. That’s a lot of fun to be had in sharing the anticipation of a visit. But it sure was fun tosucceed in  surprising a few. 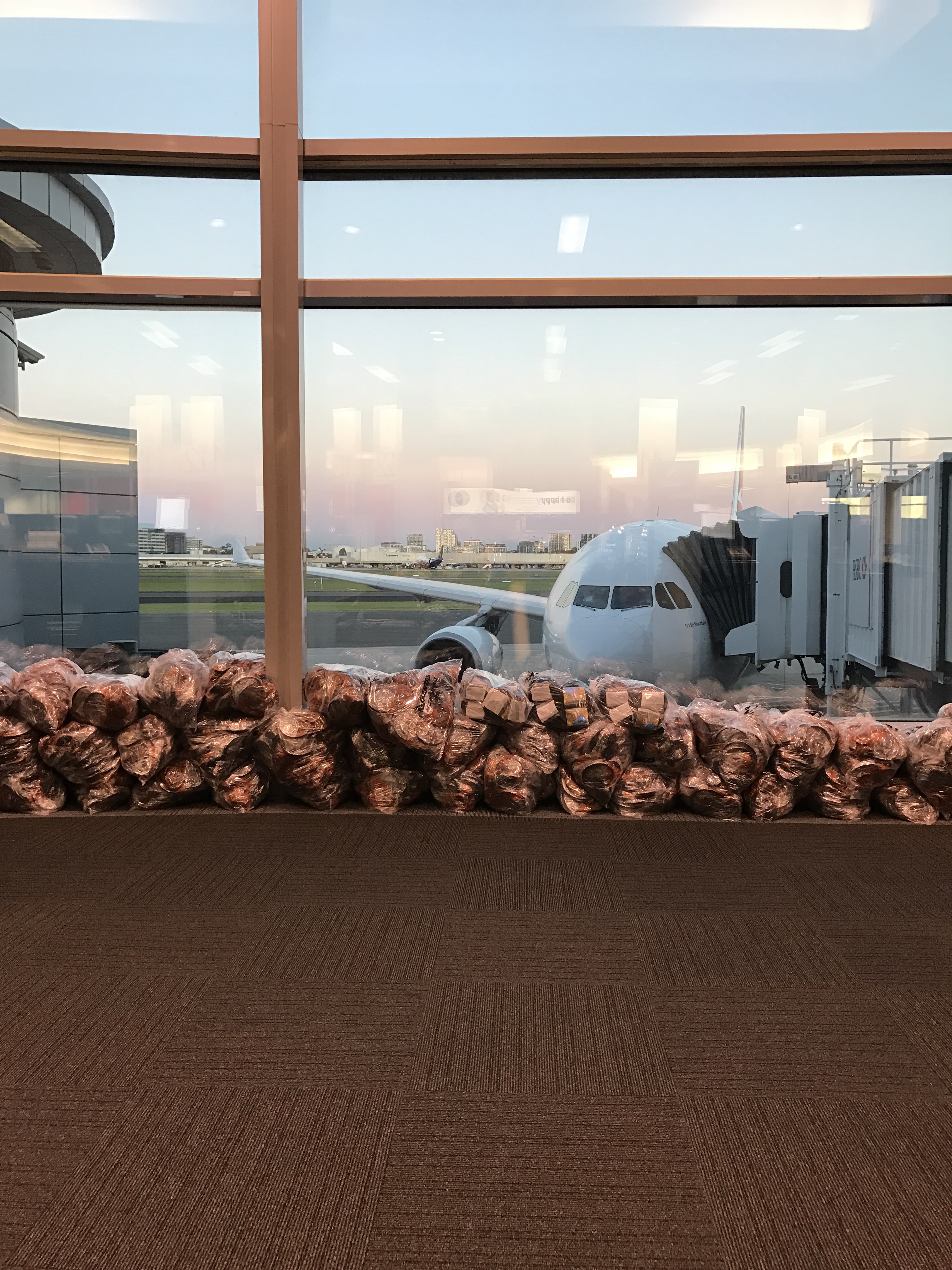 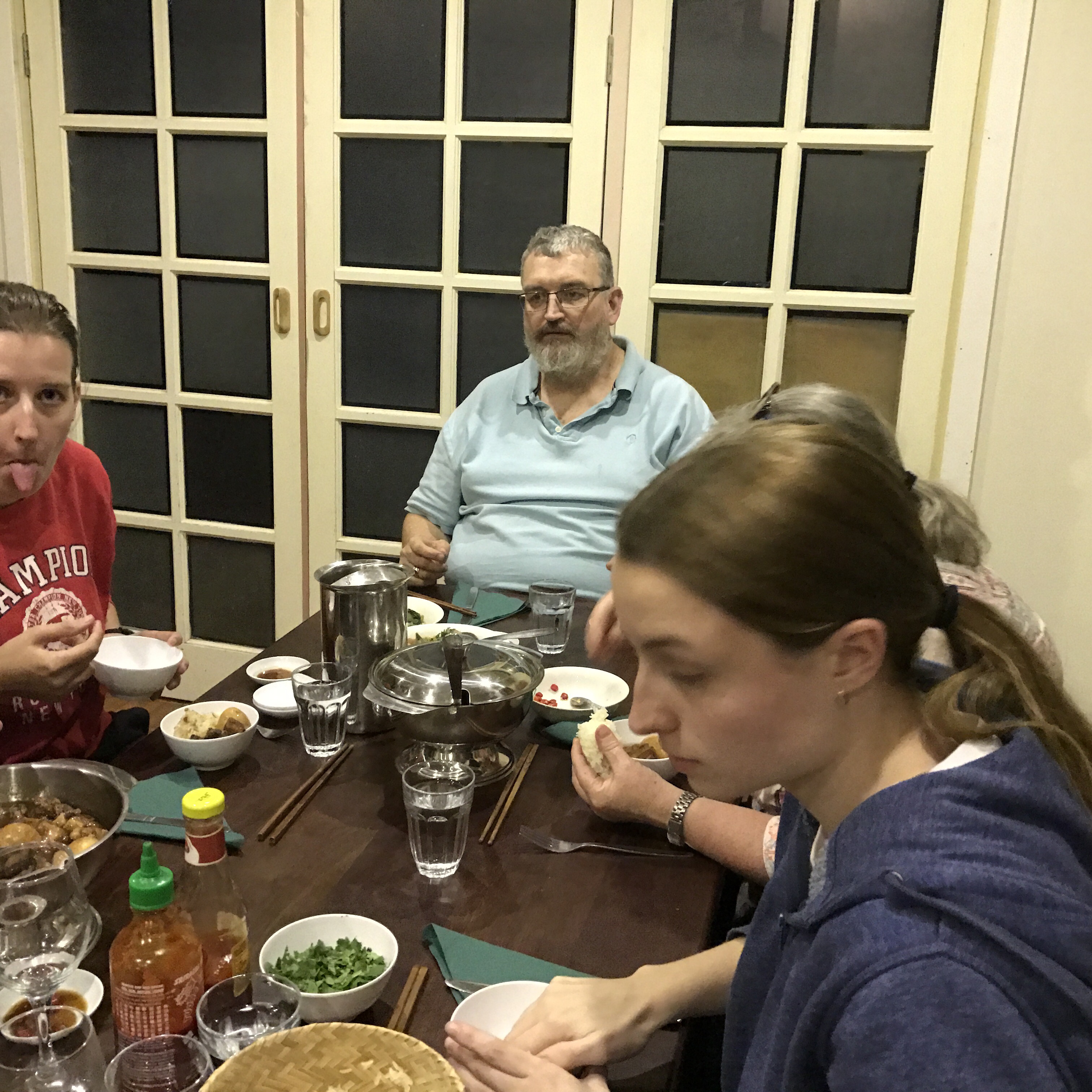 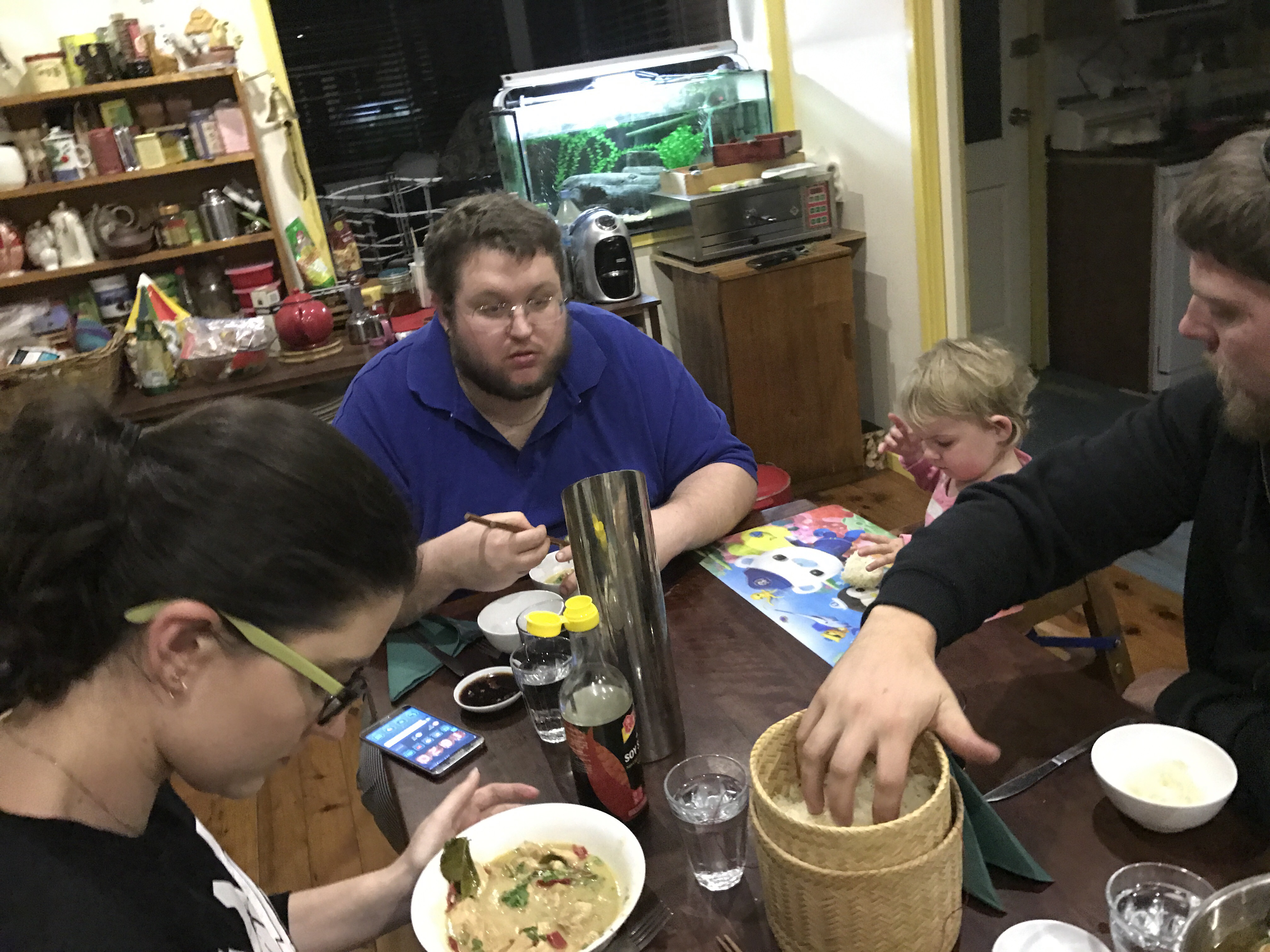 So here I am editing a post made by the guys at wordpress.

Thanks to them, this whole website thing just got a lot easier.